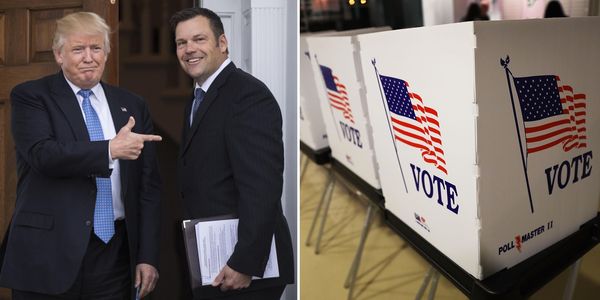 Republicans used every dirty trick in the book to try to cheat their way into keeping power in 2018. But by far the most dangerous instrument at their disposal is the suppression of Democratic votes.

In Georgia, hundreds of thousands of eligible voters were purged from the rolls because of the implementation of an "exact match" system, in which a disparity of even one character between a voter's ID and their name as it appears on the roll can render a voter ineligible to vote.

The purge was executed by Secretary of State Brian Kemp, who was also running for governor in the election, and disproportionately affects minority voters who are more likely to vote Democratic.

In North Dakota, thousands of Native Americans may find themselves disenfranchised because of a law mandating that all voters have a residential address. Many Natives live on reservations and, as a result, do not have residential addresses. Unsurprisingly, those same voters were essential in delivering Senator Heidi Heitkamp's (D-ND) victory in 2012.

In Kansas, voters in Dodge City, overwhelmingly populated by Latino residents, saw their community's only polling place close, which is certain to disenfranchise many voters without reliable transportation.

Those are just a few of the countless examples of voter suppression in states run by Republicans, and many more are occurring throughout the country. We call for an immediate investigation into this unconscionable effort to tamper with our most fundamental right as Americans. If our elected officials won't move to protect this right, the future of our country is in grave peril.

All Americans deserve the right to vote, to have a say in who represents them, and to do so without fear, intimidation, or undue burden. Yet in their desperate pursuit of power, Republicans have employed all of these tactics.

We, the undersigned, call on the next Congress to put an immediate end to this dangerous precedent and restore Americans' faith in our free and fair elections once and for all.