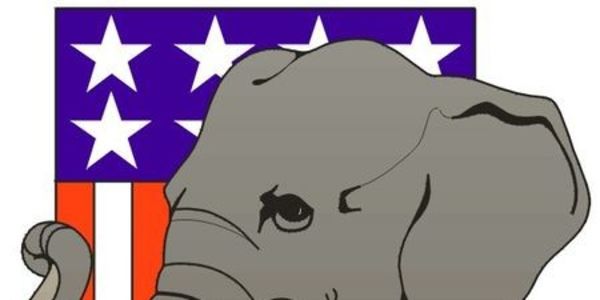 
Whereas AB 398 was authored by Democrats, promoted and signed into law by Gov. Jerry Brown, and is also known as the Cap and Trade Extension Bill; and

Whereas the Los Angeles Times wrote the following: “Cap and trade was slated to expire in 2020, but the new law extends it until 2030, turning the five-year-old program into a more permanent fixture of California’s environmental agenda. The state will also continue generating billions of dollars by selling emission permits, providing a source of funding for building the bullet train from San Francisco to Los Angeles, another priority for the governor…”; and

Whereas AB398 was opposed by taxpayer advocacy groups like the Howard Jarvis Taxpayers Association, and will cause gas prices and taxes to increase an estimated additional 63 cents a gallon and upwards of 71 cents a gallon, and drive utility rates higher; and

Whereas the passage of AB398 gives new life to the completion of the High Speed Rail, which in fifteen years has yet to receive a dime in private investment, has no source of financing but would get money from the Cap and Trade program as the only “stable” source of funding, and despite these new Cap and Trade revenues will, as studies show, require additional annual government subsidies to operate long term; and

Whereas Cap and Trade through AB 398 is a big government program not meant to help families, create jobs or provide economic stability for California, and will make many California companies less competitive in the global economy, will add to the high cost of living of all in the State, and will kill jobs; and

Whereas over two-thirds of California Republican legislators opposed AB398 and spoke strongly against the measure, including the Senator Jim Nielsen, who wrote on July 25, “The Governor today signed Assembly Bill 398, an onerous measure that will raise an additional $0.63 per gallon in taxes on California drivers. In total, drivers will be forced to pay an additional $0.82 per gallon once the gas taxes passed earlier this year – which include the largest car and gas tax in the state’s history – take effect,” including Assemblywoman Melissa Melendez resigning her Assembly leadership position with these words “Californians are struggling to make ends meet and unfortunately, what I have witnessed by the Assembly Republican Leader is a dereliction of duty to preserve and promote the American Dream for every single Californian,” and including Assemblyman Bill Brough saying “Cap-and-trade began as a tragic oversell as a way to rescue the planet from the clutches of pollution and has become a multi-billion-dollar moneymaking farce that the state needs to support the biggest budget in history. I voted in opposition to this gas tax that is 5 times worse”; and

Whereas the California Republican Party under the leadership of Chairman Jim Brulte sent out a message on July 29, in regards to the attempt to recall Democrat Senator Josh Newman, that in part reads: “Newman needs to be held accountable by the PEOPLE of his district for his deciding vote on the toxic gas and vehicle tax,” in an effort to show that elected officials need to be held accountable for increasing the cost of gasoline and overall cost of living to Californians; and

Whereas, the Assembly leaders action helps the re-election of several vulnerable Assembly Democrats, who were allowed to vote no or abstain on AB 398, which allows these Democrats to claim to be more taxpayer friendly than the Assembly Republican Leader Chad Mayes; and

Whereas Assemblyman Mayes has responded to a possible motion by the Board of Directors of the California Republican Party by unilaterally demanding the nullification of the Joint Fundraising Agreement, without a vote of his Caucus, thus making it more difficult for Republicans candidates to raise money for election in 2018; and

Therefore Be it Resolved by the California Republican Party, that we ask Assembly Leader Chad Mayes to resign as Leader, since his continuing in the position divides the Republican Party, affords the Democrats to announce the GOP leaders support their big government and higher taxes policies, and undercuts our efforts to win legislative seats in 2018 with a consistent message; and

Be it Further Resolved, the resignation would show the Republican Party is not the Democrat Party and that our political leaders support and encourage limited government, lower taxes, and honest government officials.
Sign Petition
SHAREShare With FriendsTWEETEMAILEMBED
Sign Petition
See more petitions:
You have JavaScript disabled. Without it, our site might not function properly.