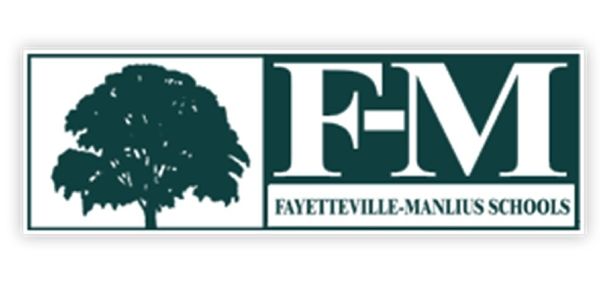 We want to educate our children about the effects human activities have on our planet. What makes this petition great to have schools go vegetarian and vegan on some days is that it can be implemented in physical education, math classes, health class, science classes, and English class.
Children always feel pride when they are working towards a goal of greater good. By asking schools to have meatless Mondays (vegetarian) and viendras vegan (vegan Fridays) our schools will be making an enormous impact on water conservation, CO2 emissions, N2O emissions, and CH4 emissions.
Let's review environmental issues and why asking schools to not serve animal products or meat twice a week is extremely worthwhile.
*Fracking- While fracking is not a good thing it uses 70 to 140 billions of gallons of water per year. Animal agriculture on the other hand uses 34 to 76 trillion gallons of water annually.

*Overfishing- 75% of fisheries are exploited with 90 million tonnes of fish caught from the ocean per year. We could see fishless oceans by 2048.

*Waste management- 2,500 dairy cows defecate as much as the entire population of Minneapolis annually, and there is no proper management system for animal waste in the USA.

*Water conservation- 1 pound of beef needs a conservative estimate of 2,500 gallons of water to be produced. It takes 477 gallons of water for a pound of eggs, 896 gallons for a pound of cheese, and 1,000 gallons for 1 gallon of milk. While private homes in the US account for only 5% of water consumption, animal agriculture accounts for 55%. 33% of the world's fresh water consumption, with much of the fresh water located in the Great Lakes, is used for animal agriculture. It would take you 66 years of not showering or bathing to save 724,925 gallons of water which is how much a vegan saves each year.

Climate change- Animal agriculture accounts for more CO2 emissions than all transportation methods combined annually. The maximum 565 gigatonnes would be met by 2030 just from livestock alone. While CO2 is emissions are not good, methane is 25 to 100 times more destructive and has 86 times the global warming power and animal agriculture is a powerhouse of methane. To reduce CO2 emissions it takes approximately 100 years, but reducing methane by reducing the consumption of animal products shows results within two decades. In fact, 1 burger creates 75 kilograms of CO2 emissions which is the same as driving your car around town for 3 weeks.

I am not the genius who came up with these statistics. They were researched by a vegan activist on youtube who posted scientifically backed articles. She inspired me to create this petition.

So, I am asking schools (especially schools I worked in) to have meatless Mondays and viendras vegan (vegan Fridays) for students who buy lunch. Do not make it optional. Just simply don't serve meat or animal products on those days. Serve vegetarian meals on Mondays and vegan meals on Fridays. Encourage students who bring a lunch from home to pack themselves a meatless meal on Monday and meal with no animal products (meat, eggs, cheese, fish) on Fridays. This also allows for creativity and learning to make new meals and try meals from other cultures, such as Indian food which is well known for delicious vegan recipes.

There are 50,400,000 students in grades preschool through 12th grade in America's public schools along with 5,200,000 students in private schools (Catholic, Montessori, Waldorf, boarding, etc). In fact, Waldorf schools already are vegetarian. Imagine how many gallons of water would be saved in one day if all 50,400,000 public school students forego a hamburger since it takes at least 2,500 gallons of water to produce a single pound patty.

By not consuming animals or animal products on Mondays and Fridays in school, children also can learn not only the environmental contribution they are making, but also learn that freeing up hundreds of billions of gallons of water will allow for millions of more people to have access to drinking water and will be able to grow more fresh fruits and vegetables greatly lowering the rate of hunger in rural poor communities.

I should mention I am not a vegetarian nor am I a vegan because of my own health issues (and my vegan yoga instructor told me I need meat) but in the middle of the week when schools would still serve children and adolescents meat and other animal products that steps can be taken by school staff, students, and communities at large in remembering you only need 4oz of protein as an adult (about the size of the palm of your hand) and to buy local, farm raised meat, eggs, and poultry. As a rural American, we can do so much better than lazily buying our animal products from factory farms or from far away. Schools need to take closer care where they are having the food catered from and by whom.

So, please sign if you yourself will not eat animals or animal products on meatless Mondays and viendras vegan, or if you are a school staff member who is supportive of this educational and environmentally beneficial petition, or if you are just a concerned citizen who feels this should happen.

Care2.com is having difficulty with saving this petition. It should be a goal of 1,000,000 signatures. Also, I will personally deliver this to principals across the country.