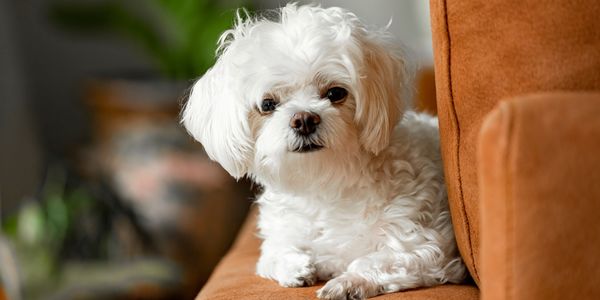 Mabel the dog was stolen from her family’s backyard, stuffed in a bag, and left to die

When a little Maltese dog named Mabel was reunited with her family in late April of 2021, it was a dream come true. But in the days preceding that reunion, the white fluffy dog had been living a nightmare.

Mabel was stolen from her family's backyard when they weren't looking, and days later she was found tied up in a bag, covered by branches and sticks so she had almost no chance of moving or being discovered.

Sign the petition and urge the Lincolnshire Police to do everything they can to find whoever stole, abused, and attempted to kill poor Mabel!

Sweet Mabel lives with her family in a town near the eastern coast of the United Kingdom, in the Lincolnshire area. The family thought Mabel would be safe in the backyard, but that's where she was when she was grabbed on Tuesday, April 27th. Somebody went out of their way to trespass and kidnap this beloved family pet, only to horrifically abuse her and leave her to die.

The family searched day and night for Mabel, with neighbors joining the fray, but she wasn't turning up. At this point, they didn't even know if she was stolen or had just escaped somehow! But a few days later, a father and son walking their own dog heard cries, barks, and whimpers in some bushes just 15 minutes away from Mabel's family home. They couldn't find the source of the heartbreaking noises until they cleared away some branches and found a discarded umbrella bag -- and inside was a terrified, exhausted Mabel.

The good news is that after being checked out by vets, Mabel is resting and recovering at home with her family, who says all she does is sleep by the fire. The bad news is that whoever did this to Mabel and her family is still out there. And worse yet, apparently there have been more dogs in the area found in the same state as Mabel -- tied up in bags and left to die.

There's no time to waste. Sign the petition and tell the Lincolnshire Police to find whoever did this to Mabel, and possibly other dogs in the area, before this happens again!
Sign Petition
SHAREShare With FriendsTWEETEMAILEMBED
Sign Petition
See more petitions:
You have JavaScript disabled. Without it, our site might not function properly.

Care2
Mabel the dog was stolen from her family’s backyard, stuffed in a bag, and left to die
SHARETWEET