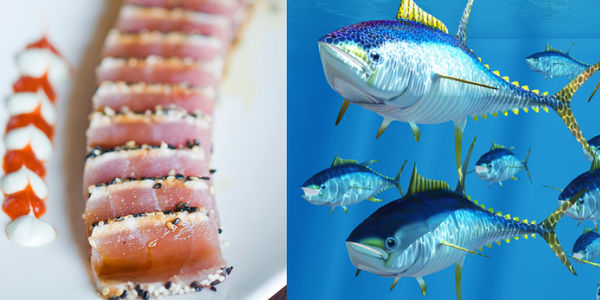 Sushi could be extinct in just 5 years. Demand nations save yellowfin tuna now!

Do you eat sushi? I have some bad news for you. Sushi could be going the way of the dodo bird — meaning it could be gone for good.

Why? Because now, we're learning that yellowfin tuna fish are nearly extinct. They have been overfished to the point of "collapse," according to researchers. In fact, yellowfin tuna are expected to be fully extinct in just FIVE YEARS — by 2026. That's actually fewer than five years, since we're already 4.5 months into 2021.

Sign the petition to demand that the United Nations take action now to preserve this fish before it is gone forever!

The strangest part of this whole story isn't that humans have nearly overfished a species into oblivion. It's that many countries don't seem to care at all about it. The United Nations (UN) has a sub-agency called the Food and Agriculture Organization, which itself has a specialized sub-department that's intended to regulate tuna fishing and manage tuna populations. But this sub-agency, called the Indian Ocean Tuna Commission (IOTC), has failed to appropriately act. Why? Because many member states simply don't want it to, and are blocking necessary actions.

In early March 2021, leaders of the IOTC convened a special session that was explicitly designed to address this tuna crisis. Many major seafood companies were even supportive of this meeting! Yet while some member nations were prepared to agree that all countries must reduce their yellowfin tuna catches by 20% starting this year, lasting for at least two years... some were not. This is a short-sighted decision. Sure, reducing fishing would reduce the total number of fish on the market. But at least there would still be fish on the market — now, and also into the future.

As a result, yellowfin tuna have not yet been protected. UN member nations could still agree to conserve these important fish, but they need to do so NOW. Every moment that passes increases the likelihood that we will reach a point of no return. And once we reach no return — sushi will be forever altered.

Tell member nations of the UN's Indian Ocean Tuna Commission to step up and do the right thing by restricting the overfishing of yellowfin tuna!
Sign Petition
SHAREShare this petition with friends!TWEETEMAILEMBED
Sign Petition
See more petitions:
You have JavaScript disabled. Without it, our site might not function properly.