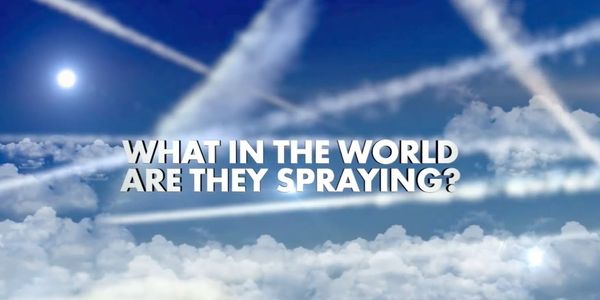 The data is clear that decades of toxic metals from weather modification which are showing up in our soils will slowly kill us and are killing the life sustaining bees of the world, they die full of toxic aluminum and have alzheimers like symptoms. Soils and plant life are being damaged as shown by soil analyses and dying trees.
The planet's Ozone layer is being damaged because the protective oxygen is being trapped by the spraying chemicals and the spraying is actually causing global warming to accelerate. There is too  much atmospheric junk holding in the unwanted heat. This is simple physics. Let the planet respond naturally and stop these irrefutable and undeniable poisonous spraying weather engineering operations. Geoengineering has even more drawbacks than weather engineering.

"There clearly is a group that believes in this type of limited scope management, and they have accessed the wrong management approaches. What we need is a natural remediation with Oxygen." Viva Cundliffe

At Geoengineering Watch there are three pdf Files showing the text of the Lawsuit which is likely going class action in the Toronto Canada area. It was filed on March 9, 2016. Let's publicize this widely. 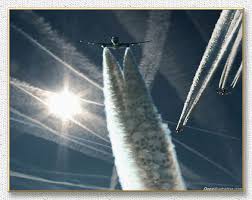 We have above us in Canada weather Engineering Operations , slang: chemtrails. An air base for these operations in California has been filmed. The chemical supply contractors have been located, the patents have been released, the waters and soils samples and dead bees samples show the corresponding metals from the spraying in them. The composition of the atmosphere is changing in a manner that is allowing not only UBV, but UVC readiation at ground level. The nucleation chemistry which traps water, then immobilizes the natural oxygen ion system of the atmosphere, the "smog eating" system and stops the formation of single oxygen atoms that form the Ozone Layer, and break down deadly Methane. Methane is increasing and the natural breakdown system of oxygen atoms and ions has been completely incapacitated by the nucleation chemistry that locks up the background atmospheric moisture by these weather engineering metal oxides. Geoengineering the climate has even more drawbacks than weather engineering.

Links to these independent documents and literature are provided in the references for you.

Past and ongoing experience with industrial air pollution abundantly demonstrates that particles (PM) and metals penetrate the near and downwind, long range and high altitude environments, furthermore aggressively bioaccumulate in the food chain and this spraying is no exception. Above ground level Nuclear bomb testing was moved underground to avoid the same environmental contamination. Coal plants are shut down due to nano pollution as well as CO2. This nano technology of climate engineering is a monumental danger to all that is alive, choking the plants that convert CO2 back into oxygen and reduce CO2 pollution is outrageously illogical-sinister in its recklessness! Our plants furthermore, do not have enough normal sunlight anymore!

Canadians and others around the globe sternly advise you that they want this ill conceived toxics spraying stopped. We want you to look into this widespread environmental poisoning program and assert Canada's Sovereignty in this matter for the children of Canada. The program does not remediate global warming; this kind of PM saturation is long known to cause rapid heat trapping physics that completely cancel any solar reflection physics. The government and military have made a terribly wrong judgement with this program and it must be admitted as such and terminated. I urge you to investigate this thoroughly and not only sign this petition, but as our Prime Minister, relieve Canadians of this terrible burden on our bodies, lands and animals; it is a suicidal and downward escalating global environmental disaster. The data will continue to escalate these facts.

Mr. Prime Minister Trudeau, bring down these tyrranically conceived planes that you as Prime Minister and we as Canadians have inherited and let the natural water-oxygen defenses of our Earth system protect us while we reduce our emissions! Believe us, we would rather adapt to the heat and work with nature's chemistry than commit mass suicide and see extinction perpetrated around us.

Prime Minister Trudeau, we petition you to bring these "weather engineering" planes down in Canada now. (We will be able to ascertain when this is done and we will thank you for it.)

Science cataloguing the damages of geoengineering and the contractors supplying the toxics: