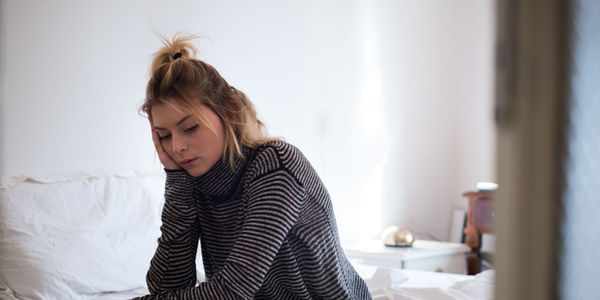 Women Will Die If This Law Passes

A terrifying trend seems to be sweeping middle America. States like Iowa and now potentially Ohio and Missouri are attempting to pass Heartbeat Bill legislation that would ban abortion after 6 weeks. But truly it should be called the "Anti-Heartbeat Bill" because beyond the fact that it's unconstitutional to do this, the laws will also result in the death of women who have had heartbeats for a very long time.

The Ohio version of this repressive piece of legislation has stalled in the Senate and we need you to speak out against it to stop it!

Again, these bills are so restrictive that they are almost certainly unconstitutional. But to determine that, there may be years of legal battles like we are already seeing in Iowa. And in the meantime, women will suffer greatly. Some will even lose their lives, their sanity, their livelihoods and more. That's why it's crucial we try to stop the enactment of the Ohio Heartbeat Bill.

Please sign on to show Ohio legislators you won't stand for this kind of attack on the bodily autonomy of women.

For one thing, most women do not even know they are pregnant by the 6-week mark. I know I wouldn't know if my birth control had failed until much further along in an unplanned and unwanted pregnancy.

But also, the law has no exceptions for extreme cases like pregnancies that resulted from RAPE or INCEST. This detail is one of the big reasons you know that these people don't care at all about the women they are supposed to represent. They believe that if, god forbid, a 15-year-old was raped and impregnated by her father, she should be made to have that child. Sick.

The Iowa version of this mysoginistic bill is so severe that legislators there are trying to make the DEATH PENALTY a possible punishment for any woman who gets an abortion after 6 weeks or any provider who provides one. That doesn't sound very "pro-life" to me. It's possible the Ohio version would follow suit.

Another possibility is that this 6-week ban will fail and a 12-week ban would quickly take its place. That is still too restrictive in many cases. Honestly, these states should spend some time passing legislation to feed starving children who've had heartbeats for several years or provide contraception to sexually active folks who do not wish to be pregnant. Both of those ideas would actually do something to "care for children" and "prevent abortion."

Please sign the petition demanding that Ohio does not pass this piece of legislation that could not be more anti-life.
Sign Petition
SHAREShare With FriendsTWEETEMAILEMBED
Sign Petition
See more petitions:
You have JavaScript disabled. Without it, our site might not function properly.

Care2
Women Will Die If This Law Passes
SHARETWEET