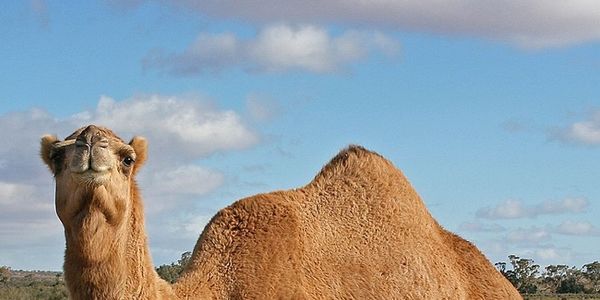 Hi 👋,
There are many, many pro-animal rights YouTubers and YouTube videos. However, there are also those that could promote exploitation, such as videos of circus animals, slow loris videos and videos of elephant 🐘 riding.
Circuses with wild animals used to be an acceptable and popular form of entertainment for kids, with families and kids and teens going to see them and laughing and enjoying them. What they did not know, however, is that the animals often did NOT enjoy what went on behind the scenes. The animals were, and are, mistreated, with whips, chains, cages and "beast wagons" being common, as well as the distress caused by unnatural environments, lots of people and noise.
Slow loris videos, which were and probably are still enjoyed by some, have a bad side as well. Slow lorises are wild animals and, possibly, do NOT enjoy being tickled. Also, the popularity of these videos has possibly led to further slow loris endangerment in the wild, with more slow lorises being taken out of the wild to be sold as "pets" to people who are fans of the videos and the slow lorises. If you are true fans of slow lorises, please work to stop the unethical trade in them and the videos. Slow lorises belong either in the wild or in the hands of good, kind experts that are with sanctuaries or are rehabbers. Please DON'T like, share or otherwise promote videos of "pet"/zoo slow lorises, only promote videos of them in sanctuaries/with rehabbers or in their natural habitats, or those videos that promote the cause of helping slow lorises and animal rights videos, not those that exploit/abuse/threaten them...
Elephant riding is also renowned for cruelty. Yet when those who are not as informed in animal rights/elephants ride them, they may not know that the elephants are beaten and kept in isolation (something which is like psychological torture for these social, herd animals) in order to "break" them so that they can be ridden. These animals are taught to fear humans so that they can be controlled and allow humans to ride them.
Camel 🐪 riding could also be cruel, with the camels being whipped with tied ropes against their legs/feet/ankles and, possibly, made to be ridden. They may be viewed as "just animals" by their "owners" and abusers, but they probably have feelings, too...
There are also plenty of hunting and trapping videos on YouTube, done by those who are possibly sick in their minds, videos relating to the hobbies and lifestyle choices of hunting and trapping. Hunting involves the shooting of animals with guns and bows and arrows, killing, injuring and orphaning the young of animals, or leaving them motherless and unable to live without their mothers even if the father is still alive. Trapping involves setting cruel traps that injure and/or hold animals for the trapper to come and kill them by shooting, strangulation and/or beating.
The business of fur is renowned for its cruelty, with animals being kept in cruel conditions on fur farms or suffering with trapping, and being killed by lethal injection, neck-breaking, strangulation, beating, gassing and poisoning. Yet selfish/ignorant celebrities wear fur, promoting it to their fans, along with others who are not celebrities but also wear fur. YouTube videos that have YouTubers wearing and flaunting animals' fur could promote it to their fans, as well as making the celebrities look like horrible and selfish people, not that they are necessarily all bad as people though...
Exploiting and abusing elephants and camels for rides is wrong, as are unnecessary hunting, trapping, wearing fur and the abuse subjected to circus animals. Yet YouTube has/had videos with those things that are not against the practices.
Please ban and remove all videos that promote animal exploitation and unnecessary violence, and those by people who hunt, trap and fish unnecessarily.
Thank you 😊.