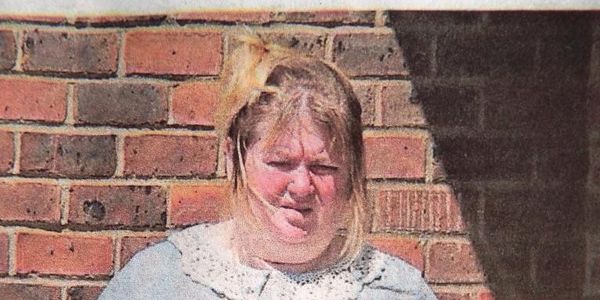 To demand a suitable punishment is given to Mrs Lisa Walsh. She should be banned for life from owning any animals!

Please sign my petition! Here's why it's so important...

This disgraceful so called 'breeder' has ruined so many lives & has put thousands of defenseless animals through torture! She is what we call a 'Puppy Farmer' An evil, twisted individual who thinks more of profit than animal welfare!

In 2014, Walsh was only prosecuted for fraud, NO ANIMAL CRUELTY CHARGES! Fraud was supposed to hold higher penalties! Do you think 6 months in jail is enough punishment? She was also served a CRASBO, a criminal anti-social behaviour order, which banned her from selling or breeding dogs for five years. She was allowed to keep her breeding dogs! This is nowhere near enough punishment for all the cruelty she put her poor animals through, not to mention the 171,000 pounds she admitted to cashing in through her fraudulent dog breeding business whilst claiming benefits!!

She only served 6 weeks in jail and then 6 weeks on an electronic tag! How is that justice? Now she has been ordered to pay just 1 pound at a confiscation hearing, after she told Norwich court that she has no assets and was living in a caravan! She has lied to the courts and i'm determined to prove it. She has 'apparently' spent all the money she made and has nothing to show for it, I think that is ridiculous!!

What kind of message is it to other criminals like her when such pathetic punishments are given for horrendous crimes? I want the courts to understand that this is not acceptable and she should be given a much harsher penalty. Please help me to do this.

Walsh sold me and thousands more, a puppy that was very ill with a serious infection and passed that infection onto myself putting my young disabled son at risk too! My dog was very sick the day after we got him home with blood in his stools too. He was diagnosed with an infection called Giardia which can be passed on to humans. Puppies get this from living in a very dirty environment. I soon became very ill for months afterwards too and still suffer because of the effect it had on my body to this day! I tried to contact her immediately but she did not care, she had my money and that's all she cared about.

My dog was then diagnosed with Severe Bilateral Hip Dysplacia at 6 months old and has had many more serious health issues since. He also has Bilateral Elbow Dysplacia, Inflammatory Bowel Disease and a Hiatal Hernia. He also developed Dermatitis which has caused a skin rash called Hot Spots all over his body and had to be shaved so we could treat it. The ligaments in one of his back legs have become so loose, probably due to the stress of recovery from his total hip replacements, that he has now ruptured tissues around the main tendon in his ankle resulting in yet another operation which he is currently recovering from. He has to have special medication and diet every day for the rest of his life which cost 200 pounds per month! Our insurance premiums are now at 98 pounds per month and will continue to get higher every year! In total, our insurance company has kindly paid out nearly 40,000 pounds !!! My dog is only 5 years old! He is worth every penny, such a loving and loyal dog. My best friend & I could never be without him!

All this due to very irresponsible breeding and greed!

We later found that she was also buying in other puppies from her evil associates, some would have been taken away from their mothers at only 2 or 3 weeks old. Often imported from Ireland.

We also found out that she kept her dogs in very cramped and filthy conditions with no love or affection. No care at all, they were just money making breeding machines!

She sold the puppies with fake documents but came across as a genuine breeder. Even the Kennel Club recommended her as she had been breeding for 20 years, but she fraudulently copied Kennel Club certificates and Vet cards when most of the puppies were not actually properly registered or vaccinated. The amount of fraud was tremendous!

All the dogs that have gone through her filthy hands have suffered terribly. Locked away in the darkness out of sight in disease ridden environments. More puppies bought in are added to the squalor. Family lives have been turned upside down, we've been to hell & back and some of the poor dogs in all this are still suffering to this day, my own dog included! More & more victims are coming forward and we are all so angry that she has got away with it all so lightly!!

Walsh is a liar, a fraudster and has no remorse at all, she regards the welfare of her dogs as irrelevant!! We have so much evidence and so many ill dogs but we still have not got the justice these dogs so rightly deserve! She needs a much harsher punishment or she'll just continue to deceive innocent people. These kind of criminals just don't care and have no hearts! Its big money to them!

If we can get enough signatures, i will present this to the courts & hope they will listen, so please help us, sign and share this petition with all your friends and family and on all you social media.

Thank you so much. X

Look at these links below...(OPENS IN NEW WINDOWS)

My interviews with ITV News, click on the video and further down the page are 2 more links, the bottom one is my interview again but with a couple of different bits...please share all...

This is a short film we made to highlight Puppy Farming using our experience. Special thanks to Puppy Love Campaigns and Beth Millard & crew..

Some of the media coverage...

WALSH banned for life from the Kennel Club! Too little too late!!

The following link is a very small portion of puppy litters registered by Walsh and her fake names and associates kindly provided to me from a very special friend. Taken from public records...

ALSO PLEASE FOLLOW ON THE HORSE & HOUND FORUM, READ FOR MORE INFO ON THE CASE....

The following is a comprehensive list of nearly all licensed dog breeding establishments in the UK & Republic of Ireland. This does not include the thousands of back yard breeders! Some are licensed to breed up to 200 dogs!!! Its a shocking reality of just how bad the problem is. Please share & be aware. (click on the right hand side tabs by area)

Please do not buy into the lies. The more the public buys the bigger the trade gets! Rescue or foster a dog or puppy instead. So many are stuck in rescue centres desperate for a loving home!

I am in a state of shock!! Read link below;

I am going to send this petition to the courts now. I believe she has lied about a couple of things. Is this the slip up we need? I hope so!

Please keep sharing this so we can get even more signatures.