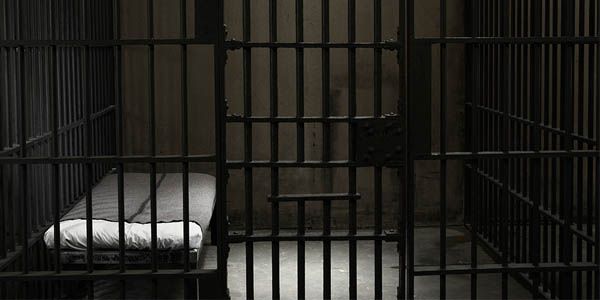 There is a saying, &ldquo;I may not agree with what you believe, but I will defend to the death, your right to believe it.&rdquo; There is a trend sweeping this nation where political speech, religious belief and free association is being punished. We are told that we have 1st Amendment rights, but if we exercise those rights we may face prosecution. Views and opinions fall in and out of favor with the passing of time. Things that were once repugnant are now popular and things that were once popular are now repugnant. What follows is the story of a 19 year old youth who was sentenced to life imprisonment solely based upon his thoughts and beliefs. The question for each of us to consider is, if this can happen to Kurtis Monschke on our watch, who will be left to stand for us when our views fall into disfavor with the government? And so we bring this petition. Please read it carefully and let your conscience be your guide.

Kurtis was a teenager when he was sentenced to life in prison without the possibility of parole. He is now 31, having spent most of the last 12 years in solitary confinement within the Federal Bureau of Prisons, even though Kurtis is not a federal prisoner. Kurtis was wrongfully convicted of 1st degree murder, a crime he did not commit and could not have prevented. A crime which the government knew he did not commit and who candidly told the jurors in closing arguments, &ldquo;It doesn't matter if Kurtis didn't premeditate, it doesn't matter if he didn't participate in the crime, as long as one of his co-defendants did.&rdquo; During pre-trial, the Lead Prosecutor, Barbara Corey, discovered letters between Kurtis' co-defendants, that were intercepted by jail officials, in which they planned and conspired to make Kurtis the 'fall guy' so that they could plea bargain their false testimony to the government in exchange for reduced sentences. The prosecutor, realizing that Kurtis might be a victim of circumstances and a grave injustice, objected to the government's plans to move forward with the false testimony. She was fired from her job and a new prosecutor followed instructions from their superiors to manipulate the trial with perjury and thus sealing the fate of Kurtis to a life behind bars. Ms. Corey subsequently filed a lawsuit against the Prosecutors Office and won a $3 million judgment. The three co-defendants were given lenient sentences for their perjury and the main culprit has already been released. Whereas, Kurtis went to trial maintaining his sworn testimony that he was an innocent man, unjustly accused, and subsequently sentenced to life.

Which brings forward this petition. Kurtis' only hope at this point comes in the form of CLEMENCY from Washington Governor, Jay Inslee. While he is considering Kurtis' petition, we would like to provide him with thousands of signatures from all across the country, from men and women of stout heart and good conscience, urging him to be merciful, understanding and just. The above content is a condensed version as to why you should sign this petition. Full disclosure and documentation from the trial is available at this link,  http://freekurtis.com Thanking you in advance for signing and making a difference as to whether he remains in prison for the rest of his life or if justice and freedom will prevail.