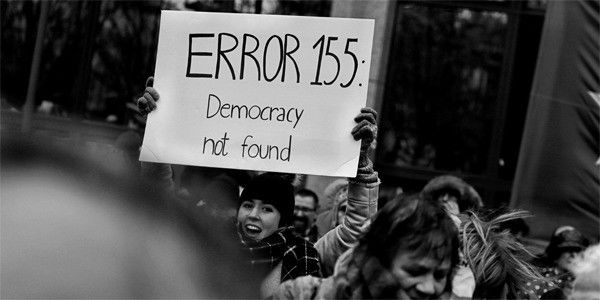 Update: Good news! Newly-elected Congresswoman Alexandria Ocasio-Cortez is on our side. She recently tweeted that the US government should remove Columbus Day from the list of federal holidays and replace it with Election Day. Now that Democrats like Rep. Ocasio-Cortez are in control of the U.S. House of Representatives, we have a real chance to make this civic-duty holiday a reality!

Election Day should be the most sacred day of the year to a democracy like ours. But every two years, for our November federal elections, we can count on one thing: they will be held on a Tuesday.

To be fair, this made sense once-upon-a-time. When voters were restricted to land-owning white men, those men needed a full day to ride their horses to the polls, and a day to ride back home, all without interfering with weekend religious obligations.

Thankfully, we no longer live in that world. Yet our federal approach to elections hasn't changed or evolved with the times.

Right now, the United States has one of the lowest voter turnout rates in the world. At least one third of people who don't vote say it's because they have scheduling conflicts with work or school. There's an easy way to fix this: make Election Day a holiday.

For people who work jobs Monday-Friday, 9-5, we currently have to take time off of work, or scramble to make it to the polls before or after work (and hope the lines aren't too long). What's worse is that polling locations are based on where you live (not work), and most of them close at 7pm. So if you have a long commute and are hoping to vote once you get home at the end of your work day, good luck.

If voting is so important to democracy, why haven't our politicians managed to make it a special, designated national holiday? In a democracy, the people are SUPPOSED to vote. Our representatives are SUPPOSED to hear from us. It is our job to elect these people in — or kick them out. But it feels suspiciously like politicians *don't actually want* us to vote. It feels suspiciously like they *want* it to be as hard as it can be.

What would making Election Day a holiday look like? It would mean that most employers would be required to give us all the day off to vote. It would mean that we recognize this day as one that's important to our country, symbolically and practically.

We still celebrate "Columbus Day" as a federal holiday — even though he was a colonizer who raped, maimed, and slaughtered the Native Americans who welcomed him. Why in the world would we still recognize Columbus Day, but not Election Day?

This whole situation boggles the mind and defies logic. It's ridiculous that, in a voting-based government system, we make it as hard and as inconvenient as we can for people to cast their ballots. It's ridiculous that people should have to request time off of work in order to exercise one of their most basic civic duties. And it's ridiculous that we've let it go on this way for so long.

Sign the petition to tell Congress to make Election Day a federal holiday!