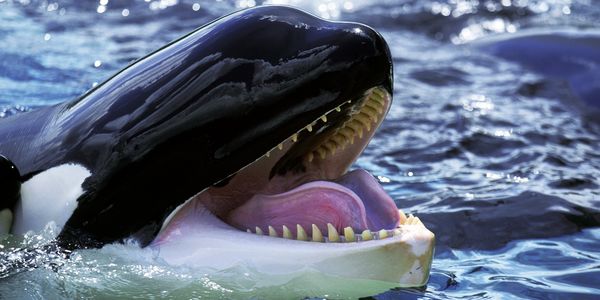 This Orca Had Nowhere to Flee As She Was Brutally Attacked. Justice for Corky, Shut Down SeaWorld!

An innocent orca has suffered a vicious attack in one of SeaWorld's tiny, prison-like tanks. This is just another of the many types of suffering felt by marine mammals kept in cruel, unnatural captivity…and it needs to end.

Sign now to demand USDA shut down SeaWorld once and for all and send all orcas to seaside sanctuaries!

It's believed that the victim of the tragic attack was Corky, a poor whale who has been trapped in captivity for over 50 years. Corky, who has already missed out on decades of free and autonomous life in the ocean, was forced to endure brutal violence because it is literally impossible to escape these encounters with other whales in such tragically small tanks.

Attacks like these are rare in the wild, in part because orcas have space and freedom to exhibit their natural behaviors. Wild orcas also are much less likely to suffer from uncharacteristic aggression and depression, which are extremely common in tanks like those at SeaWorld.

In these tiny pools, whales don't just develop distressing behavioral issues -- they literally cannot physically flee from conflict, and are forced to socialize with other orcas that they may have otherwise avoided. In their natural habitat, orcas swim an average of 40 miles per day, often diving 100 to 500 feet multiple times in a single day. This movement is essential for their diet, for their exercise, and for their safety. How can SeaWorld possibly claim that these animals are safe while trapped in the equivalent of a water prison, cruelly suffering for human entertainment?

We cannot wait any longer – the lives and well-being of whales trapped in captivity across the country are at stake. The USDA must shut down SeaWorld and bring Corky, and all orcas, to seaside sanctuaries! Sign the petition now if you agree!
Sign Petition
SHAREShare With FriendsTWEETEMAILEMBED
Sign Petition
See more petitions:
You have JavaScript disabled. Without it, our site might not function properly.

Care2
This Orca Had Nowhere to Flee As She Was Brutally Attacked. Justice for Corky, Shut Down SeaWorld!
SHARETWEET