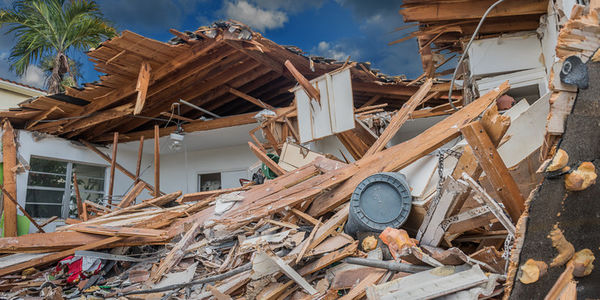 When Hurricane Maria swept through Puerto Rico five years ago, it decimated the island. Whole communities lost homes, as flooding knocked out power, water and sewage lines, roads, bridges, and houses. At the time, the U.S. federal government - under the "leadership" of Donald Trump - did precious little to help. In fact, Trump famously went on TV and threw literal paper towels at the problem.

Since then, the U.S. Federal Emergency Management Agency (FEMA) has promised to dedicate resources to helping Puerto Rico and prevent future disasters. Yet when Hurricane Fiona ripped through the island in September 2022, many Puerto Ricans said it was worse than Maria. A week after Hurricane Fiona plunged into Puerto Rico, nearly 1 million people are still waiting for their power and other utilities to be restored. Upwards of 350,000 are without safe water.

Sign the petition to demand FEMA step up its aid to Puerto Rico after Hurricane Fiona!

FEMA allocated a record-breaking $3 billion to Puerto Rico after Hurricane Maria, supposedly for the purpose of mitigating future disaster risks. Yet in the five years since then, only 5 percent of those funds have been tied to any actual projects on the island. In one seaside town, Salinas, local authorities submitted proposals to FEMA for 74 projects that would help with rebuilding infrastructure and preventing horrible flooding. But so far, only seven of those projects have actually reached completion.

According to Jennifer Hinojosa, a researcher with Hunter College in New York, "I'm pretty sure if these mitigation plans would have been carried out, it would've mitigated the issues that some of these municipalities experienced." Rafael Torrech, a former FEMA employee, historian, and expert on hazard mitigation, echoes this sentiment: "Puerto Rico is a perfect example of everything that went wrong. Practically, none of the mitigation projects has gotten to the construction phase. You cannot control nature, but you can control your reaction to it. It's a question of management."

Instead, in the meantime, authorities have allowed humans to continue decimating the environment in ways that significantly exacerbated the problem. This includes through habitat destruction and deforestation - including of vital mangroves, erosion along the coasts, and illegal residential construction along coasts and protected lands such as estuaries.

On top of that, recent FEMA assistance that provides emergency individual assistance doesn't even apply to residents of the whole island. In fact, only residents in 55 of the 78 municipalities are eligible to apply for the individual funds!

The U.S. already has a long and well-documented history of under-serving Puerto Rico. Despite the fact that the islanders are technically U.S. citizens, the federal government often treats them as second-class citizens - throwing paper towels at their problems and withholding support and aid.

It's great that FEMA has, on paper, committed to providing billions of dollars in funding for assistance around natural disasters. But until that money is actually allocated and uplifting real and tangible projects that the communities there need, it's just empty promises on paper. FEMA must actually provide its promised funding to Puerto Rico, to help prevent future climate disasters! Sign the petition!
Sign Petition
SHAREShare With FriendsTWEETEMAILEMBED
Sign Petition
See more petitions:
You have JavaScript disabled. Without it, our site might not function properly.