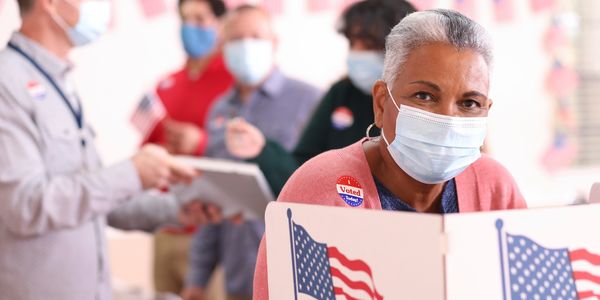 In the early, dark hours of November 4th, with millions of mail-in and absentee ballots yet to be counted, Trump fraudulently declared victory in the U.S. presidential election.

We were ready for this. Trump is making an attempt to undermine our democracy. He has claimed victory even though the results are not in yet. He is trying to order the stoppage of ballot counting in certain places. He is making evidenceless claims of voter fraud. He is scared and he is lashing out.

The president does not have the authority to stop vote counting, nor to directly ask the Supreme Court to do his bidding. And the good news is that so far, no officials or institutions are following his illegal orders. Votes are being counted without interference. However, Trump has friends at every level of government and has told us he's going to try to stop that process. This is where you come in. It's our job as everyday people to demand the democratic process is carried out, no matter what Trump says or does.

Sign the petition to demand every person in a position of power in this election carries out their democratic duties of counting every vote and respecting the results of that count.

This is just his first of what we can only assume will be numerous attempts to undermine the results of the election through disinformation, polarizing media, fearmongering, and misuse of federal government power -- all of which Trump can continue right up until Inauguration Day.

As we remain patient, vigilant, and unswaying in our demands that all votes be counted, here are some dates to keep in mind:

These dates can also serve as anchors of accountability. There are systems in place to keep this election free and fair -- ready to be activated and used when necessary. We must buoy up these systems and institutions right now as Trump attempts to discredit them. He will say and do almost anything to avoid admitting defeat, but it's only a child's tantrum if our institutions do their job.

Sign the petition asking every single official and institutions with power in this election to defend democracy and make sure every vote is counted!