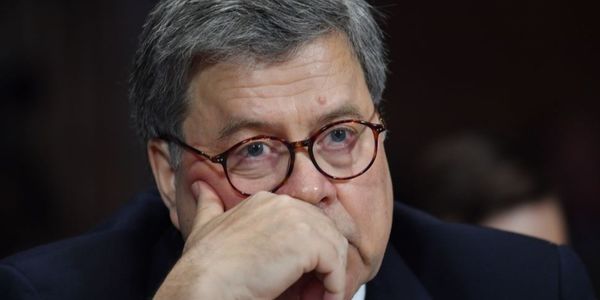 In the aftermath of his disgraceful performance before the Senate Judiciary Committee, President Trump's Attorney General William Barr has has shown the nation that he is unable to fulfill the duties of his position. In his desperation to protect Trump at all costs, Barr not only distorted the law to within an inch of its life, but revealed just how intent he was on spinning the Mueller report as a win for the president.

While being questioned by Senator Kamala Harris, Barr revealed that, despite claiming that he opted not to charge Trump after reviewing the evidence in the Mueller report, that in fact, he didn't review the evidence at all.

So desperate was he to absolve his boss that not only did he disregard nearly two years' worth of information from Mueller's investigation, but lied about doing so.

While being questioned by Rep. Charlie Crist (D-FL) three weeks earlier, Barr lied to Congress (a federal crime), saying that he had no inkling why Mueller might be unhappy with his four-page summary of the report, when in fact, Mueller had communicated his displeasure directly to Barr on three separate occasions.

But beyond that, and perhaps even more frightening, he stated that Trump has the legal right to terminate any investigation into him so long as he believes that he is being falsely accused. In other words, the highest law enforcement officer in the land gave the president carte blanche to place himself above the law. Such a position is not only antithetical to Barr's role as AG, but egregiously illegal.

William Barr has proven, beyond a shadow of a doubt, that he is not working to represent the best interests of the American people, but rather one person: Donald Trump. He has failed to uphold not only the duties of his office, but the basic tenets of the law.

William Barr should immediately be impeached.