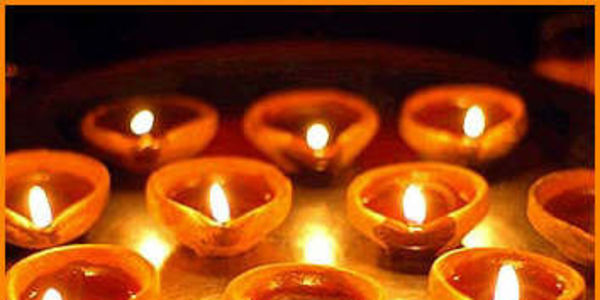 Urge NYC Mayor to Include Diwali as School Holiday

The Diwali Coalition of NYC was formed in February 2014 when Mayor Bill De Blasio announced that he was approving three new public holidays for Eid and Lunar New Year, but would not be issuing a holiday for Diwali.

We expressed in a letter to the mayor, sent on February 19, 2014, our serious concern over the omission of Diwali, celebrated by Hindus, Jains, and Sikhs, from the proposed public school closing holidays.

Please add your voice to the advocacy efforts of the Diwali Coalition of NYC!

The vibrant Hindu community contributes in countless ways to our great city, from restaurants and medical services to finance and small businesses. Moreover, Hindu, Jain, and Sikh youth constitute a significant portion of students in our city’s public schools.

There are approximately 2.5 million Hindus in the United States, and NYC is home to one of the largest within this population. According to the latest census, Asian Indians constitute 2.4% of the city’s population and celebrate Diwali. This percentage does not include the estimated 100,000 Hindus of Indo­Caribbean heritage, or countless Hindus of either mixed and other racial and ethnic ancestry, who also consider Diwali amongst their holiest of holidays.

While most Hindus in NYC come from India, there are sizeable Hindu populations from Trinidad & Tobago, Guyana, Nepal, Bangladesh, and Afghanistan throughout the five boroughs. Queens, of course, is home to an estimated 60% of the city’s total number of Hindus and a plethora of Hindu temples (some 60 alone have been founded by Indo­Caribbeans). Both the Gita Mandir in Queens, established in 1975, and the renowned Ganesh Temple in Flushing, consecrated in 1977, are considered to be two of the oldest in the entire country. The Ganesh Temple is home to over 25,000 devotees and host to thousands more during its Diwali celebrations.

Every borough of New York City is home to at least one Hindu temple, from the Broome Street Ganesh Temple established in 2001 in Manhattan to the Brooklyn Hindu Temple to the Shree Ram Temple in Staten Island to the Vishnu Mandir in the Bronx. Beyond serving the Hindu population, most Hindu temples and community organizations are also actively involved in seva, or selfless service of those need, locally as well as nationally. Members of NYC Hindu organizations, such as Sathya Sai, Amma (Ma Math), Dadavaswani, ISKCON, Sadhana: Coalition of Progressive Hindus, and Hindu American Seva Communities (HASC), promote interfaith harmony by providing food and blankets to the homeless and helping clean our parks and beaches. Volunteers from the Flushing Ganesh Temple serve in their neighboring soup kitchen and are active in the local community board (7) and police precinct (109). Furthermore, the annual Diwali South Street Seaport event and other Diwali celebrations in and around the city attract thousands of people of various faiths and generate revenue for the city. The annual Diwali mela hosted by Asamai Hindu Temple is the largest in Long Island and attracted over 10,000 guests last year.

In 2011 and 2013, the US Senate passed a resolution recognizing the historical and spiritual significance of Diwali for Hindus, Sikhs, and Jains. A similar Diwali resolution passed both chambers of Congress in 2007 at the urging of the Hindu American Foundation (HAF). Both Presidents Obama and Bush have hosted annual Diwali receptions, and since 2011, the White House has co­hosted with HASC the annual Hindu American Seva conference to recognize and share the many ways Hindu tradition, culture, and seva have helped strengthen our nation.

In fact, last year, our City Council urged the Department of Education to “establish Diwali as an official school holiday for NYC public students” (Res. 1863­2013). The city already suspends alternate side parking on Diwali, thanks to legislation introduced by Gale Brewer, current Borough President of Manhattan. In neighboring New Jersey, districts such as South Brunswick and Passaic observe Diwali as a school holiday. In 2013, the state of California, also home to a large population of Hindus, worked with HAF to declare October to be Hindu American Awareness & Appreciation Month, highlighting the importance of Diwali as well as a number of contributions by the community.

While we understand the concern many parents may have of yet another school holiday, we believe that the sizable Hindu, Jain, and Sikh communities in NYC deserve to be treated on par with the city’s Muslim community, and the Chinese, Korean and other communities that celebrate Lunar New Year.

We respectfully urge you to include Diwali as a new public school holiday alongside the two proposed Muslim and Lunar New Year holidays.

Thank you,
Sign Petition
SHAREShare this petition with friends!TWEETEMAILEMBED
Sign Petition
See more petitions:
You have JavaScript disabled. Without it, our site might not function properly.