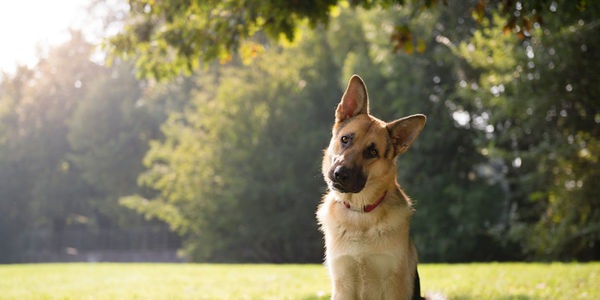 As witnesses watched in horror, police officers with the Newark Police Department in Delaware got into their patrol car and intentionally ran over a German shepherd and pit bull that were running loose through a commercial area late in the afternoon of May 11.

Both dogs survived being hit by the SUV. The German shepherd was able to run away, but the pit bull wasn't so lucky. The injured dog was shot multiple times and killed by one of the police officers.

Sign the petition to demand these irresponsible police officers lose their jobs for such animal cruelty.

But two witnesses who'd worked at a local SPCA disagreed. They said the German shepherd and pit bull weren't behaving aggressively – the dogs were simply terrified because police and animal control officers had been yelling at them and chasing them with taser guns for 90 minutes.

According to the Newark Police Department, the decision to use lethal force was made because the dogs were near a highway, open businesses with foot traffic, and residential neighborhoods. But running over the dogs and shooting one of them in a busy area seems much more dangerous to public safety.

There are many humane ways for law enforcement to deal with dogs and other frightened animals. Laws have been passed in Colorado and Texas that require all police officers to receive training in handling stressful situations involving animals. One of the witnesses to the terrible incident in Newark has asked the police department to train its officers as well.

This is a great idea -- and the officers who ran over the dogs and then unnecessarily shot one of them should also lose their jobs for these cruel actions. Please sign and share this petition asking for these officers to be fired.