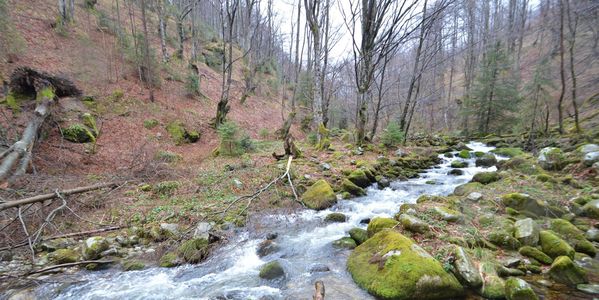 Help Save the Last Undisturbed River in Romanian Carpathians!

Retezat Mountains are the most beautiful mountains in Romanian Carpathians. Here in interwar period the first national park in the country was declared and it remained the only one until the '90s. Hence these mountains are a symbol of nature conservation in Romania. In defiance of it, the dictatorship of Ceausescu started a hydropower project, which could destroy all the rivers in Retezat Mountains. The end of the regime was in time to save only one river, Raul Alb. This is also the only undisturbed river left in Romania, undisturbed from its spring high above the timber line to the confluence with its emissary. It flows through old-growth forest on a wild valley, without roads, and then, outside the mountains, in Hateg Country Dinosaur Geopark, it has a natural floodplain. The river and the floodplain represent a refuge for thriving populations of protected species.

But the river is now on the brink of destruction. A series of "administrative mistakes" has led to the approval of two hydropower plants, which will irreversibly destroy the river and its valley, within a Natura 2000 site declared for species of fish, crayfish and the European otter. The hunters of "green" certificates have obtained construction permits, in total contradiction with the environmental law.

This river is important for the whole Europe, not solely for Romania. The valley of this small river holds a huge natural heritage.

Almost 5 month have passed and minister Gavrilescu is still refusing to answer to the most valid demand of much more than 100000 people, from all the corners of the world. This is an indicator of the level of democracy in Romania. Her subordinate, the lawyer of the National Environmental Agency, came to the lawsuit to advocate for the destruction of the river. Yes, there is now a lawsuit initiated by Natura 2000 Coalition, which came to the aid of the river, but in Romania lawsuits are not very different from lottery. But let's stick to nature. Raul Alb is still a treasure for the whole Europe, for the degree of conservation and the unique and heterogeneous natural heritage it harbors. But Europe is still unbelievable backward (about Romanian authorities I can't even begin to write). The decision-makers are not at all far from the "scientists" which could have saved the Tasmanian tiger back in the 20th century, but did not bother. Mr. Leiner is not willing to intervene, despite the fact that 4 Directives are totally broken in this case. I am sure that many people have answered to my plea and have sent e-mails to him. And he refused to intervene, arguing that the Commission will look at the additional information only when pursuing the matter to the national authorities will be exhausted. So he will intervene when will be far too late, like is happening now with the rivers completely devastated years ago in Fagaras Mountains (only now is the Commission beginning the infringement procedure). But many other authorities could intervene but are not. Raul Alb is in a geopark and I wrote to the UNESCO evaluators of this geopark (the hydropower project is absolutely in dissonance with UNESCO Guidelines) and they did nothing to stop the project. Quite the same with RAMSAR Secretariat. On the field the destruction has stopped for the moment. Raul Alb is a subject of inquiry and a mass media top subject (from The Guardian to Romanian Television), but nothing is really done to assure the protection conferred by the environmental law. The valley is guarded by dangerous man belonging to the hydro company. There were many troubles, culminating with the savage attack on environmentalists from 24th of May:

The entire country was shocked, but the authorities still did nothing, confined themselves to declarations. At first, but now is even worse and something astonishing is happening. Almost 400 people have sent a petition demanding the resignation on the officials responsible for the horrific developments on Raul Alb, including the head of the county police. And now the petitioners are called at or prompted by police! Despite the fact that sending petitions is a constitutional right. So we are going back 25 years ago, fact that, being about rivers, is not as astonishing as it seem, because the horrific institution which is appointed to apply Water Frame Directive in Romania is by all means devoted to the management of rivers specific to communist states in the 70s.

Even Mrs. Gavrilescu made an apology on TV for the attack of 24s May, but she is still doing nothing to save the magnificent Raul Alb.

Mrs. Gavrilescu ended her mandate in the train of the popular mass protests triggered by the death of dozens in a fire, at a concert, due to the corruption which festers the country. Gavrilescu did all she could to have Raul Alb destroyed. The ministry of environment pleaded in court for the destruction of Raul Alb. And the judge, from the small city where the environmental mafia rules, decided, after a long and lawless lawsuit, in total contradiction with the law, that Raul Alb can be destroyed.  No sign yet from the new minister, Mrs. Cristiana Pasca-Palmer. There will be an appeal, to a court fortunately in another city, but still the best hope for Raul Alb is the European Commission.

The corruption does not end here, the prosecutors are blatantly refusing to investigate the criminal denunciation I filed for the trees illegally cut in the old-growth on Raul Alb.

As I wrote in update 4, Raul Alb has escaped from the hydropower threat. Which is fantastic, and I have to thank all the suporters od this petition for it. But I will keep the petition open, because now they want to cut the forest on the pristine valley, which will mean the lost of this paradise. They take advantage of the fact that the nature park has no management plan and no administration.

The importance of the river and is valley is now more visible, a scientific article about it being recently published: