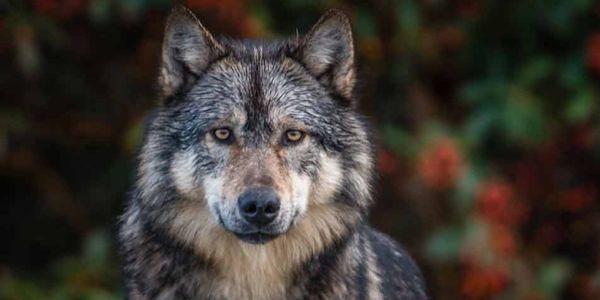 Wolf and coyote hunting to be deregulated in Northern Ontario to placate moose hunters.

Premier Doug Ford is proposing regulation changes that will allow any small game hunter to kill as many eastern coyotes as they want between September 1st and June 15th – a period that incorporates the coyote pupping season – as well as up to two wolves/year between September 15th and March 31st in Northern Ontario.

There are thousands of small game sport hunters in Ontario, and no one knows the number of wolves or coyotes in Northern Ontario.

While Doug Ford is proposing a bag limit of two wolves per hunter, he is not limiting the number of hunters that can kill a wolf. It is a REAL possibility that the number of small game hunters, each killing two wolves in one year, could wipeout the wolf population in Northern Ontario in one year.

AND the hunting of moose calves will continue because 'slob' hunters (unskilled shoot-to-thrill) can only kill the weakest.

Worse still, is that Ontario will not monitor the number of wolves or coyotes killed which clearly indicates that Doug Ford is OK with a total wipeout.

The goal of this proposal is to 'grow' the moose population, which is in decline, to enhance the 'moose hunting experience' for sport hunters and these recommendations were introduced by Ontario's Big Game Advisory Committee.

Who is this 'advisory committee'? It is filled with Doug Ford cronies who are either directly linked to the sport hunting industry as professional outfitters or big game sport hunters themselves.

We have until September 26 to stop this proposal cold.

You can comment directly from the proposal page: https://ero.ontario.ca/notice/019-0406
However, please copy your comments to:

Ontario's Ministry of Natural Resources and Forestry (MNRF) is revisiting a proposal to liberalize hunting of wolves and coyotes across 750,000km2 of northern Ontario.

A similar proposal was announced and subsequently abandoned by the previous provincial government in 2016 after hearing from over 100,000 Ontario residents concerned about its lack of ethical and scientific rationale to boost dwindling moose populations.


Hunters will no longer need to purchase special game seals or report to MNRF about how many wolves and coyotes they are killing each year.

MNRF's own website "Factors that affect moose survival" explains how wolf hunting will do nothing or very little to boost moose numbers because hunting reduces wolf pack size, and smaller wolf packs do not kill significantly fewer moose than larger packs.

"Getting rid of reporting requirements makes it glaringly obvious that the Ministry isn't even planning on studying whether such an unethical and unscientific regulation change will benefit moose. Hunters could wind up killing hundreds or even thousands of wolves and coyotes each year and we'd have no idea," notes Hannah Barron, Director of Wildlife Conservation Campaigns for Earthroots.

"Eastern coyotes are not major predators of moose, they are generalists able to survive on rodents and other small mammals. Under the guise of moose conservation, this proposal was designed to appease those who persecute wolves and coyotes. The removal of bag limits, game seals, reporting requirements and closed seasons all encourage mass predator killing, which already happens in southern Ontario," said Lesley Sampson, Executive Director of Coyote Watch Canada.

"I'm worried about what this mismanagement could mean for our wolves and coyotes, but also how it distracts from dealing with moose declines directly. The Ministry should phase out calf hunting and manage habitat at the ecosystem level to increase resiliency as the changing climate results in wildlife range shifts, increased parasite loads and altered vegetation and wildfire patterns," notes Barron.