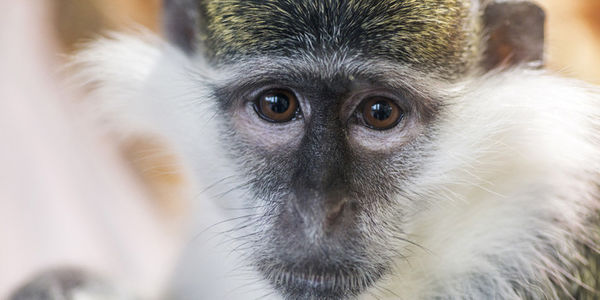 Monkeys are locked in labs, fed toxic water, and neglected to death!

Sign the petition to demand the closure of this inhumane and inexcusable facility!

Despite warnings from investigators that the laboratory's water supplies were contaminated with toxic rocket fuel runoff, staff did nothing to update their water system. Instead, for years after learning about the poisoned water, staff have continued to feed this same contaminated water to the intelligent, social animals they've locked up in their labyrinthine facilities.

As a result, upwards of 47 monkeys, particularly macaques, have died during the past eight years at the Washington National Primate Research Center -- from diseases they developed in those secretive laboratories.

An additional five monkeys (that we know about) have died due to neglect over the past four years. In one case, a monkey was deprived of water for multiple days due to an equipment oversight until it died from dehydration. Yet another was improperly cared for before and after surgery, and therefore asphyxiated -- choking on its own vomit, to death. One monkey discovered a chain that staff had left in its cage and strangled itself to death.

These deaths and breakdowns in proper treatment of the animals are also probably illegal, representing violations of both state and local regulations.

Each monkey locked in the Washington National Primate Research Center is there against its will. Each monkey is an innocent creature being tortured for reasons they can't understand. No monkey deserves this fate.

Despite being located in the desert of Arizona, the Washington National Primate Research Center is actually run by the University of Washington, located in Seattle. The University has the ability to shut this cruel and possibly illegal operation, but so far it hasn't. We must continue to put pressure on Ana Mari Cauce, President of the University of Washington, until they do the right thing! We are also urging the U.S. Environmental Protection Agency to step in based on the monkeys' contaminated water sources and shut this brutal research lab down.

Sign the petition to stand with the monkeys and stop the cruelty!
Sign Petition
SHAREShare With FriendsTWEETEMAILEMBED
Sign Petition
See more petitions:
You have JavaScript disabled. Without it, our site might not function properly.