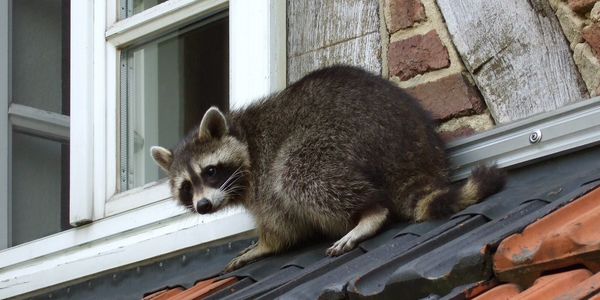 Under Protection of Property (31) (1) (2), anyone can harass, trap, or even kill animals damaging property without a permit, unless the animal is a member of the deer family. We would like these clauses repealed.

Currently, the Ontario Fish and Wildlife Conservation Act does not regulate "pest" control of wildlife. Anyone can start a company if they have a pick up truck with a ladder and can fix a roof. This has led to animal abuse, and even scams.

We would like the Fish and Wildlife Conservation Act to regulate wildlife removal/pest control companies.

A one day training course may not be long enough to cover all aspects of animal behaviour, ecology, and humane handling.

One organization that provides the training (Structural Pest Management Association of Ontario) is an industry group concerned with pest control and extermination. We would much rather the training regarding animal removal be done by an animal care organization such as Toronto Wildlife Centre. For issues of structural repair and humane removal, contact a non lethal humane company that is recommended by all animal rights groups.

I would also hope that lethal or injury causing methods are banned.

The training and licensing of wildlife removal/pest control companies will create jobs for the province of Ontario, and peace of mind for Ontario citizens.

There are some protections. It is illegal to use glue traps (29) (1), and poison (30) (2) on all wildlife. This includes mice and rats, even if the glue trap or poison is locked in a rodent box. However, conservation officers rarely enforce this part of the Fish and Wildlife Conservation Act. Please ramp up enforcement and fine the companies that use these horrific methods.

We would like American Crow, Brown Headed Cowbird, common grackle, house sparrow, red winged blackbird, and starling to be added as protected birds. Currently they are exempt under Nests and Eggs 5(2).

We would like the definition of body gripping (leghold, Coneybeare, etc) traps to include mice and rats. These traps, despite manufacturing claim, are cruel, and harm other animals and even humans. Body gripping traps should be banned completely for all animals.

We would also like snares, drown traps, and other lethal traps banned.

We would like to see full protection on Double Crested Cormorants.

We would like it made illegal for municipalities to issue hunting permits for ring necked pheasants, cottontails, varying hares, and European hares.

We would like amendments to the Wildlife Disease Control and Surveillance Zone 47,1. Please repeal Entry on Land (47.1) (6). We agree that a conservation officer or MNRF contractor (ie, hunters and trappers) can not enter a person's home. However, we do not agree with trapping, shooting, and other methods of culling animals anywhere, especially not on private property. This puts public safety at risk. Culls also artificially affect animal numbers, and therefore do not prevent or slow down disease.

The only personnel who should be allowed on private property are licenced wildlife rehabilitation centre personnel, licenced veterinarians, registered veterinary technicians, and animal care officers from both municipal and private not for profit animal shelters. These people's goal is to rescue and rehabilitate, rather than cull. They only euthanize when an animal can not be saved. They use a peaceful, animal friendly and family safe approach.


Under Release of Imports 54 (3) (5) (6) and Obligations on Escape or Release (3) (6) repeal "shall capture or kill" and instead promote sending the animal to a captive sanctuary. Also repeal Minister's Power (Release of Imports 5), (Obligations on Escape 6) to "sieze and kill" to allow capture and send to a captive sanctuary. Capture and Sanctuary rescue, particularly of mink from fur farms, is already done underground. Having the MNRF rescue, rather than kill these animals prevents potential disease from underground rescues.

Also amend the Invasive Species Act to allow invasive animals like Round Goby, Asian Carp, etc to be sent to a farm sanctuary pond not nearby or connected to a waterway. This is better than mandatory destruction, and would prevent underground rescue and potential escape.

We really want the Power of Conservation Officers (25) (4) (A) (B) to be allowed to shoot dogs without penalty if the dogs are harassing or attacking wildlife be repealed. There are far more humane, up to date non lethal options to deal with obnoxious dog "owners". This is a people problem, not a dog problem. Please replace the archaic dog shooting policy with a humane fining and education program. The City of Toronto has a no kill, breed neutral bylaw that mandates dangerous dogs are trained, wear a special collar, leash, and muzzle, and fines are increased with each violation. The dog can also be banned from certain parks.