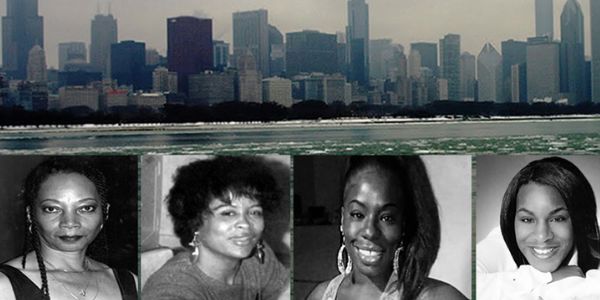 There Is At Least One Active Serial Killer In Chicago Right Now!

There have been 50 deaths by strangulation in Chicago since 2001 and experts agree that it is the work of one or more serial killers. So why hasn't Chicago Police Department done much about it? As a Chicago resident, sex worker ally and human, I was appalled to learn that these cases haven't gotten the attention they deserve. My taxes go towards CPD so I'd really like to see them actually trying to protect the citizens of this city.

Sign on if you want CPD to take these cases seriously and put resources to catching this serial killer or serial killers.

The biggest reason these cases weren't linked together and we haven't heard much in mainstream media about this is because the majority of the victims were sex workers or drug users and people of color. Tragically, the media and the police seem to care much less about a victim if they do drugs or participate in sex work, especially if they are people of color.

This is wrong and means at least one serial killer is acting with impunity in Chicago. The Murder Accountability Project, a non profit working to make sure murder is tracked in the U.S., caught onto this pattern and has been trying to get CPD to take it seriously for a while now.

For more information on the murders and the state of the case, listen to episode 9 of "The Murder Squad" that features an interview with the Murder Accountability Project. The details are tragic and the victims are already marginalized people. That means the rest of us have a duty to raise our voices and demand justice. Right now, CPD won't even admit it's likely one or more serial killers, even though all other expert agree.

Will you join me in calling for CPD to focus on these cases and catch whoever is murdering women in Chicago?

The victims' families deserve answers and future victims deserve to be spared. You can also read more about the lives of the victims in this wonderful project from Roosevelt Unviersity Journalism "Unforgotten51."

*Photo is a map of where victims' bodies have been found, as provided by The Murder Squad*
Sign Petition
SHAREShare this petition with friends!TWEETEMAILEMBED
Sign Petition
See more petitions:
You have JavaScript disabled. Without it, our site might not function properly.

Care2
There Is At Least One Active Serial Killer In Chicago Right Now!
SHARETWEET