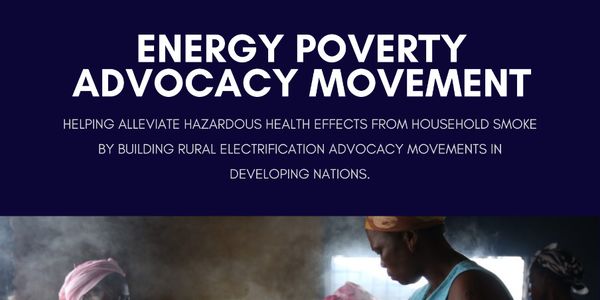 To save lives in Africa and developing countries from millions living without grid electricity.

To expose the hypocrisy of the G7 increasing (US 22% IN 21) use of coal power while denying these benefits to Africa on a climate push.

To expose the LACK OF SCIENTIFIC VALIDITY and BALANCE behind the G7 action to demonize CO2 emissions from coal when natural sources of CO2 dominate at 97% making human emissions immaterial.

World Bank Document/IEA
"With respect to electricity, the global access deficit amounts to 1.2 billion people. Close to 85 percent of those who live without electricity (the "nonelectrified population") live in rural areas, and 87 percent are geographically concentrated in Sub-Saharan Africa and South Asia (figure O.2). For cooking, the access deficit amounts to 2.8 billion people who primarily rely on solid fuels."

Wind and solar renewable sources are no substitute for coal power because they require a back-up energy supply that is ever-ready even when the Sun is not shining or wind is not blowing. They cannot function effectively as stand-alone energy sources.

This ban on inexpensive and reliable energy in poor countries does not reduce CO2 emissions or mitigate climate change. Instead, banning gas serves to keep people living in poorer countries entrenched in poverty.

"So, elitist globalist policy-makers are making a very harmful decision which will cause great suffering to hundreds of millions of poor people in developing nations based upon a completely unproven and untestable supposition about industrial CO2 emissions.

Because it completely lacks experimental validation, it is a faith-based belief, not one based upon the scientific method. Because it is an untestable supposition, it represents pseudoscience as defined by Dr. Karl Popper: John Walker's answer to Does overt pseudoscience support AGW?

Therefore, in addition to unnecessary, hypocritical, immoral, absurd and criminal, the decision is also ignorant. Renewable energy sources can simply not supply adequate reliable power to hundreds of millions of persons in need. Furthermore, they require prodigious amounts of fossil fuels to manufacture and have serious environmental hazards of their own:

John Walker's answer to What are some of the criticisms of the Green Revolution?