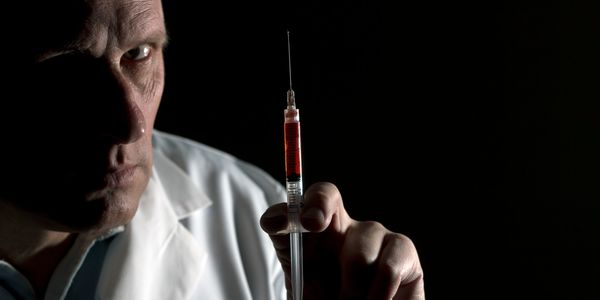 A Doctor Was Caught Raping a Pregnant Woman Undergoing a C-Section. This Wasn't His First Attack.

In a horrific case of sexual violence, Giovanni Quintella Bezerra, an anesthesiologist working at a women's hospital in Brazil, was arrested for raping a woman undergoing a C-section. Before Bezerra was arrested, nurses were already suspicious of his conduct -- he would heavily sedate the patients undergoing C-sections to the point that they were nearly unconscious, which is uncommon during the procedure. Now that he's been arrested, authorities suspect Bezerra of committing at least five similar attacks on other women.

Demand the Women's Hospital in Sao Joao de Meriti, Brazil, launch a full investigation into its policies, practices, and people that allowed this horrific assault to go on for so long.

Bezerra's arrest happened because some nurses were suspicious of his behavior during two earlier C-sections the same day. He used unusually heavy amounts of sedation on the patients, and one nurse tried to approach Bezerra during the surgery, and he intimidated her until she backed away. The nurses carefully set up a phone in a nearby glass cabinet to record Bezerra during the surgery and heroically caught him committing the violent assault. These nurses are heroes.

Following Bezerra's arrest, Police said they were already investigating his previous attacks. Multiple women treated on different days have accused him of abuse. How was it possible that such a horrific act of sexual voilence was able to be committed on multiple vulnerable patients? How long did this go on for?

Sign the petition to urge the Women's Hospital in Sao Joao de Meriti, Brazil, launch a full investigation into its policies, practices, and people that allowed Bezerra to assault multiple women.

Care2
A Doctor Was Caught Raping a Pregnant Woman Undergoing a C-Section. This Wasn't His First Attack.
SHARETWEET