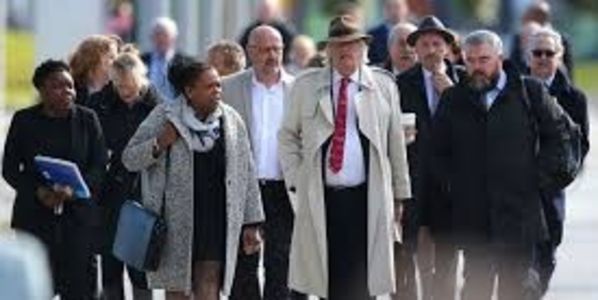 The Inquiry into Child Sexual Abuse will investigate whether public bodies and other non-state institutions have taken seriously their duty of care to protect children from sexual abuse in England and Wales. Michael Mansfield QC is ideally suited to head this investigation.

The Home Office under the now Prime Minister Therese May appointed Lady Butler-Sloss and Dame Fiona Wolf, both who were found to have links close to the Establishment.

Lady Butler-Sloss stood down as chair in July 2014 following adverse publicity about her late brother, Lord Havers, who was Attorney General in the 1980s. Dame Fiona Woolf resigned because of her “establishment links” especially her relationship with one of the accused, former Home Secretary Leon Brittan.

Now a third Chair has resigned without explanation after one and a half years in position and drawing a salary of £500,000 per year plus allowances.

Survivors have been let down, again and again. Survivors want Michael Mansfield QC.

Michael Mansfield QC recently represented most of the 96 Hillsborough victims' families and won an astounding victory for truth, uncovering the underbelly of a terrible injustice.

Michael Mansfield is notably one of the finest advocates of his age and a perfect head for the Child Abuse inquiry. Michael Mansfield will get to the truth and his decisions will be trusted.