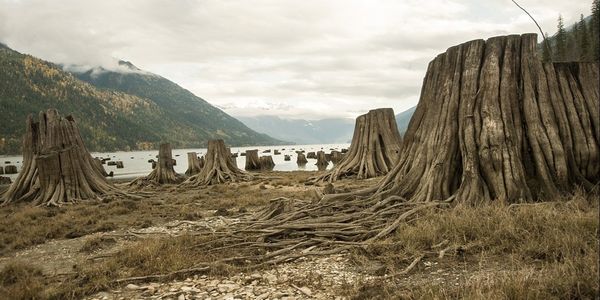 The BC Government has failed to protect sufficient habitat to preserve biodiversity for the next generation.

- The best available science predicts that 50% of Earth's ecosystems must be protected to maintain the biodiversity that is necessary to sustain a habitable planet.

- Less than 15% of British Columbia is currently protected.

- British Columbia has over 1,800 known Species at Risk and counting, largely due to massive, extensive ecosystem destruction.

- In British Columbia, the loss of old growth forests is accelerating the climate crisis faster than fossil fuel use.

- Biodiversity loss threatens food and water availability and other necessities of human survival.

The Grow BC Parks Coalition declares that the Provincial and First Nation governments of British Columbia should immediately protect BC's remaining intact natural areas by increasing Class A parks and legislated Tribal Parks to 30% of the provincial landbase. An additional 20% of the provincial landbase should be protected in conservation areas legislated for the maintenance of carbon sequestration and storage, and for the preservation of biodiversity.

Please sign your name to support an expansion of BC's Parks and Protected Areas.

Please also print the paper petition and mail the copies back to us! This version will be accepted by the BC legislature.
https://tinyurl.com/growbcparkspetition

To make an even greater impact make sure to contact the ministers and let them know if you want to Grow BC Parks!