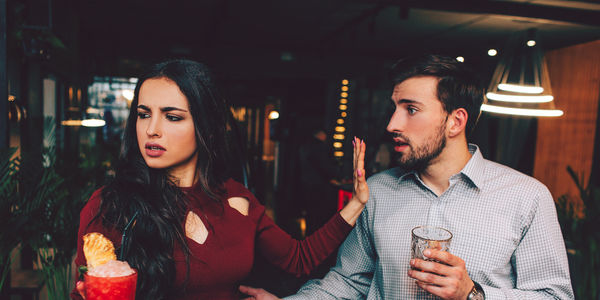 In one of the most harrowing court rulings in recent memory, the Minnesota Supreme Court upheld an appeal to throw out the guilty verdict in a rape case -- on the grounds that their law states if a victim drank alcohol willingly before the assault, it doesn't count as rape. This is codified rape culture and we cannot allow it to stay law.

Sign the petition to tell Minnesota lawmakers to immediately change this law to protect survivors of sexual assault and rape.

The specifics of the case that was thrown out by the Supreme Court are horrible. The victim was so drunk that she was denied entry to a bar: a clear sign that what she needed was to get safely home to sleep it off. Instead, a man preyed on her and sexually assaulted her. He was found guilty of doing so until the case was appealed to the state Supreme Court, which threw the ruling out, essentially letting him off the hook for the time being. They did this because he did not give her the alcohol himself; she drank it willingly. In Minnesota, it is apparently fine to rape a drunk person as long as you didn't get them drunk against their will…..

This kind of justification for rape is not new; it is textbook victim blaming that we see in many cultures around the world and particularly in the U.S. The logic goes that if a person willingly becomes intoxicated -- as is their legal right to do with their body -- then anyone is legally allowed to sexually assault or rape them. Usually that's just a disturbing idea that should scare us all. In Minnesota, it's the law.

The reality is that whoever is the aggressor in a rape or sexual assault is at fault, period, the end. It is completely irrelevant whether or not the victim/survivor was intoxicated or not. In fact, if someone is heavily intoxicated, that is all the more reason not to have sex with them, given their impairment. In many places, if someone is intoxicated, they legally are considered unable to give consent. Not in Minnesota though.

If you stand with survivors, please sign this petition and tell Minnesota to immediately change this law.