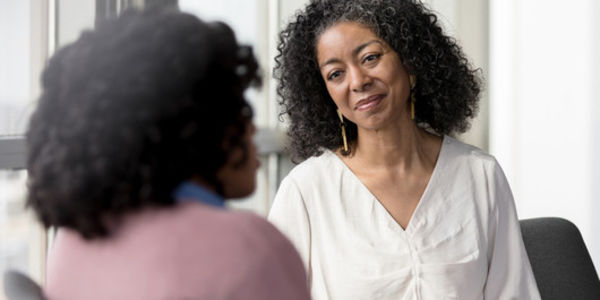 *UPDATE* We've got really great news! President Biden showed his support for this model of crisis intervention by including funding for it in his most recent coronavirus relief bill! Every state that sets up mobile crisis teams will receive $1 billion in funding through Medicaid over 10 years. This is such a huge step in the right direction, but we can't stop until cities actually implement this lifesaving model! Keep signing and sharing!

For 31 years, the city of Eugene, Oregon has managed to avoid uncounted numbers of major policing catastrophes with one ingeniously simple program. It's called "CAHOOTS" and it stands for "Crisis Assistance Helping Out On The Streets." The CAHOOTS team is a form of community policing in which 9-1-1 calls are attended to by a team of 2 individuals. One, a front-line medic such as an EMT or nurse, and the second, a crisis worker trained to respond to mental health challenges.

Together, they answer calls about issues ranging from suicide threats, interpersonal conflict resolution, substance abuse, welfare checks, and more. They do so unarmed, with no guns or other weapons accompanying them. They've only called for police backup in fewer than 0.6% of cases. And for 31 years, they've managed to deescalate the vast majority of these situations, saving lives and achieving non-violent resolution.

This type of time-tested, evidence-based model must be shared and recreated in every major U.S. city! Sign the petition to create a movement supporting community-led crisis response programs.

Between 20 and 50% of civilian deaths during interactions with police officers is due in part to mental health challenges. That's what makes the CAHOOTS initiative so brilliant. Pointing a gun in a person's face when they're in crisis — whether they're feeling suicidal or experiencing a psychotic episode — does not de-escalate a situation. That is how an already vulnerable, scared, at-risk individual can end up dead.

Looking at these research-based facts, Eugene officials were able to make smart choices about how to change their approaches to these situations. Rather than trying to fit a crisis-saddled person into the square hole of the system, they adapted the system to provide people with what they need. Thoughtfully, strategically, and life-saving-ly.

Programs like CAHOOTS are also doing more than saving human lives. They're also saving money. (Although saving lives is clearly the much more important part here.) Each year, CAHOOTS saves its city government approximately $8.5 million compared with what Eugene would have to pay if it exclusively relied on police officers to handle all of these 9-1-1 calls.

This model is proven. It works. It reduces the need for police to be in stressful, high-drama mental health situations for which they are clearly not equipped, and replaces those officers with appropriate professionals who are trained to handle these crises.

Every city needs a CAHOOTS program, now. Urge city councils in New York, San Francisco, and Chicago to implement this program before any more lives are lost!
Sign Petition
SHAREShare this petition with friends!TWEETEMAILEMBED
Sign Petition
See more petitions:
You have JavaScript disabled. Without it, our site might not function properly.