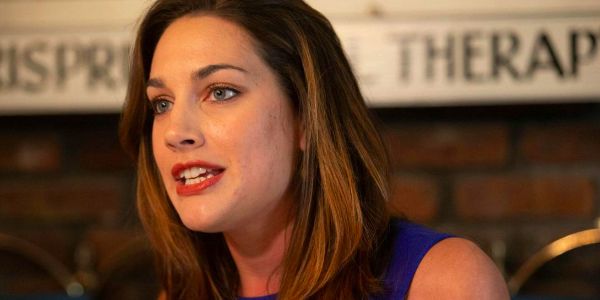 A Private Topless Selfie Cost This Teacher Her Job

Most students have a hard time imagining that their teachers have personal lives, but like people from all professions, they usually do. New York math teacher Lauren Miranda is no different. And as a young woman, her personal life sometimes involves dating.

In 2016, Lauren began dating another teacher in the school district. During their courtship, she sent the teacher a topless photo of herself from her cellphone. She didn't post the photo anywhere. It was a private communication between two consenting adults. But somehow, that private photo ended up costing Lauren her job.

Please sign this petition demanding that the South Country School District Board of Education give Lauren Miranda her job back now.

Although Lauren meant for the photo to be private between her and her partner at the time, a male student at the school ended up getting access to it. It's unclear how he obtained it. But instead of just being a humiliating experience, the unfortunate incident ended up costing Lauren her livelihood. She was first put on administrative leave, and then the school board fired her, saying that the photo made her a bad role model for her students.

Sure, sending nude photos isn't everyone's style, but it's certainly not unheard of. It's not even uncommon. And most importantly, it's not illegal. In fact, in New York, it's not even illegal for women to be topless in public — where people of all ages can see.

What Lauren Miranda does in her personal life is her business. Yes, teachers are held to certain standards as role models to impressionable young minds — but sending a topless photo in a private message to a romantic partner does not cross that line. The photo was never meant to be seen by her students, and Lauren had every reason to believe that it never would be. She should not be punished for this.

Lauren Miranda should never have been fired. Sign the petition and urge the South Country School District Board of Education give Lauren Miranda her job back now.
Sign Petition
SHAREShare With FriendsTWEETEMAILEMBED
Sign Petition
See more petitions:
You have JavaScript disabled. Without it, our site might not function properly.