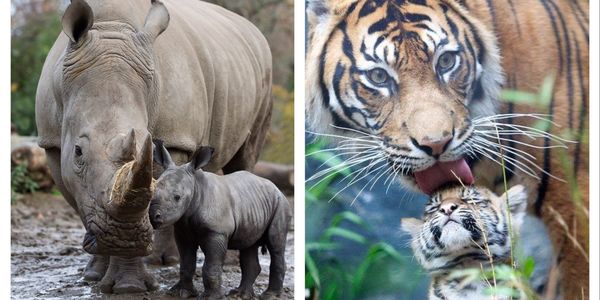 We are petitioning CHINA to reinstate their ban on RHINO HORN and TIGER BONE as their recent reversal will have devastating effects on vulnerable rhino and tiger populations and will set conservation efforts back by decades. There is no scientific backing that rhino horns and tiger bones have any medicinal uses and in any case, it's morally wrong to senselessly kill animals for our selfish benefit. Their lives are their own and their lives have value independent of their usefulness to others.

As reported by National Geographic on October 29th 2018:

China legalizes rhino horn and tiger bone for medical purposes. The materials have no proven medicinal value in humans, and conservationists call the move a major setback for wild populations.

In China, rhino horn and tiger bone may now be legally used in medical research or traditional medicine following a controversial announcement by the government this morning. The animal specimens may be obtained only from farms, according to the announcement, but conservationists say this surprising move may open the floodgates for a surge in illegal activity and threaten vulnerable animal populations.

The move is "very concerning," says Leigh Henry, director of wildlife policy at the World Wildlife Fund. Discerning what animals were obtained legally from farms rather than illegally from the wild would be incredibly difficult, so this decision would give cover to traffickers, she says. Rhinos and tigers are both endangered in the wild, and their trade is prohibited. "WWF urgently calls on China to maintain the ban on tiger bone and rhino horn trade which has been so critical in conserving these iconic species. This should be expanded to cover trade in all tiger parts and products," she says.

China's action stands in sharp contrast to the country's moves to combat poaching in recent years. The country has had a 25-year-old ban in place preventing the import or export of these products. And the World Federation of Chinese Medicine Societies—the official group that dictates what can be used in traditional medicine—also removed rhino horn and tiger bone from its list of products approved for use on patients (though the market still existed for them).

Two years ago, China also announced that it would close its domestic ivory market by the end of 2017, earning widespread praise. Conservation groups championed the move as a necessary step to help reduce ivory demand and stamp down poaching of African elephants.

Debbie Banks, Tiger Campaign Leader at the Environmental Investigation Agency, a nonprofit with offices in London and Washington, D.C., says that today's announcement undermines China's stance on wildlife protection. "China's reputation as a leader in conservation following their domestic ban on the sale of ivory now lies in tatters," she said in an email. "The news today," she says, "seriously jeopardizes the future survival of wild tigers by stimulating demand for their body parts instead of eradicating demand," adding that it also puts rhinos at risk in their African and Asian range countries. "The news today is a staggering display of brazen disregard for global opinion."

The reason China took this step remains unclear. Chinese officials did not immediately respond to requests for comment. But the growing number of tiger farms in China and efforts to farm rhinos there may be a key driver, environmental groups say. "We've been concerned for a long time about the tiger farms in China and the increasing numbers of farms there," Henry says. "Captive tigers are incredibly expensive to feed and care for, so as these numbers grew, so did pressure on the Chinese government to allow a regulated trade in tiger products. China's decision is what many of us have feared for over a decade." The Environmental Investigation Agency had reported in 2013 that at least several thousand tigers were being kept at hundreds of farms across the country. Moreover, China also has reportedly started importing rhinos for potential farming.

Susan Lieberman, vice president for international policy at the Wildlife Conservation Society, a New York-based nonprofit working on global conservation, also believes that the growing number of farmed tigers may be a major factor behind China's decision. The new legality of tiger bone and rhino horn use, she says, will be a major win for traffickers. "You would want there to be a legal market to hide behind," she says. Without DNA tests of these products, there's no way to know if their source is a farm or the wild.

Rhino horn is made from keratin—a protein found in fingernails and hair—and the product is falsely said to help treat everything from cancer to gout when consumed in its powder form. There are no proven medicinal benefits in humans from either product. The most sparing evidence has been brought to bear claiming that rhino horn may somehow help lower fever, at least in rodents. Certainly, cheaper, more readily available medicines such as acetaminophen or aspirin are far more effective, Lieberman says. Tiger bone crushed and made into a paste has been said to be usable to treat a variety of ailments, including rheumatism and back pain. But Lieberman says, "I know of no evidence for that."