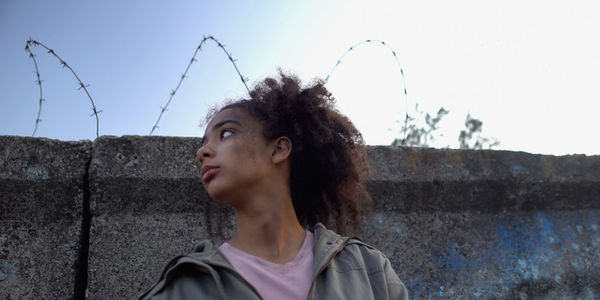 This 15-Year-Old Girl Has Been Locked Up During COVID-19...For Not Doing Her Homework

*UPDATE* In a recent hearing, Judge Mary Ellen Brennan doubled down on her heartbreaking decision to imprison the 15-year-old, telling the teenager "I think you are exactly where you are supposed to be." We need to work harder than ever to get Grace the freedom she deserves! Keep signing and sharing the petition!

Across the United States, students are suffering. The collective trauma of living through a global pandemic coupled with the disruption in routine is enough to make anyone fall behind. But for one Black teenager in Eastern Michigan, falling behind in school resulted in her being locked behind bars.

Sign the petition to demand that Grace's caseworker and the prosecutor bring this case in front of Judge Mary Ellen Brennan again since it is clear that this girl should not be locked up!

Grace, which is how the child is referred to in the reports of this case, had violated her probation by failing to wake up on time for class and complete certain coursework when her school transitioned to online learning. According to Judge Mary Ellen Brennan, this made her a threat to the community.

The fifteen-year-old had been placed on probation for fighting with her mother, and for stealing a cellphone after hers had been taken away. Her own mother said that at the time of the fights, she didn't realize she could call anyone besides the police. Grace and her mother are Black. While all teenagers fight with their parents and act out, a disproportionate amount of Black kids are treated as criminals instead of normal teens.

Grace's teacher told her caseworker, Rachel Giroux, that Grace's performance was on par with the rest of her class. Switching to online learning is an impossibly hard transition, and many of the students were struggling. But Grace's schoolmates are predominantly white. Her incarceration based on the ridiculous reason of underperforming in school is a clear example of racism in Michigan's educational system -- Black kids in Michigan are locked up at a rate four times higher than white kids.

To add to that, Grace has ADHD, and requires constant in-person guidance in order to keep up. This, obviously, was not transferred over into online learning. During the hearing on whether or not Grace would be locked up, her caseworker even testified that she had failed to learn anything about Grace's learning disability. Students with disabilities are already disadvantaged. Locking Grace up and keeping her from school is not a solution, it is magnifying the problem. This caseworker made a huge mistake, and must make it right.

Out of all 50 U.S. states, Michigan ranks fifth in the number of prisoners that have tested positive for COVID-19. The legal, education, and health communities have made it abundantly clear from the onset of this pandemic that correctional facilities, especially youth ones, should be cleared out as much as possible. But Grace was carted away to one of these facilities in handcuffs and shackles because she missed a few school assignments.

The data shows us that incarceration, and particularly that of children, almost never has the effect that it promises -- rehabilitation. The criminal justice system is flooded with already vulnerable people -- people with disabilities, those suffering from poverty, Black and brown folks. By sending her to prison, Judge Mary Ellen Brennan did not do what was in Grace's best interest, but rather guaranteed that the corrupt prison industrial complex would haunt her for the rest of her life.

That's why we are demanding that Rachel Giroux and Assistant Prosecutor Justin Chmielewski make things right. Sign the petition and tell them to bring Grace's case in front of the judge again so that it can be reexamined and Grace be sent home! Her health, safety, and future depend on it!

Care2
This 15-Year-Old Girl Has Been Locked Up During COVID-19...For Not Doing Her Homework
SHARETWEET