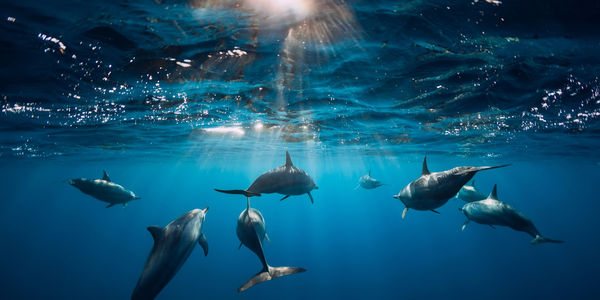 This Fishing Tactic is Killing Dolphins by the Tens of Thousands

Tuna is delicious, but it often comes at a terrible price. In many parts of the world, fishermen use gillnets to catch the valuable fish, but those nets don't just entangle tuna. Other nontarget animals are also caught in their webs. The unwanted catch is called "bycatch." From sea turtles, sharks and other nontarget fish to cetaceans, the "wicked web" does not differentiate - they all die. The number of creatures from dolphins to sharks to other cetaceans that get caught and die in gillnets is astronomical!

It is time for a complete ban on the use of gillnets in the Indian Ocean.

According to a recent study, as many as 100,000 cetaceans were killed by commercial fishing in 2006. That number has dropped to 80,000 this year, but that 20% decline in deaths doesn't have conservationists celebrating. In fact, it is quite the opposite.

Gillnet fishing is virtually unmanaged in the Indian Ocean and some of the biggest commercial fishing nations are the worst offenders when it comes to dolphin bycatch. One study estimates that for every 1,000 tons of tuna caught, around 175 cetaceans are snagged. For context, Iran averages around 214,262 tons of tuna every year. That means their bycatch is more than 30,000 dead nontarget marine mammals annually! And that number doesn't include Indonesia, India, Sri Lanka and Pakistan's catches which, along with Iran, make up the five nations that catch the most tuna using gillnets.

Please join Care2 in asking the nations of Iran, Indonesia, India, Sri Lanka and Pakistan and the Indian Ocean Tuna Commission (IOTC) to ban gillnetting and to step up their efforts to protect Indian Ocean cetaceans.
Sign Petition
SHAREShare With FriendsTWEETEMAILEMBED
Sign Petition
See more petitions:
You have JavaScript disabled. Without it, our site might not function properly.