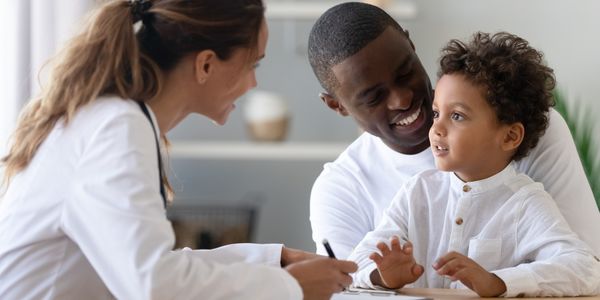 Right now, there are 12 U.S. states who are actively trying to block certain children from receiving vital medical care.

Transgender children, along with those who are still exploring their gender-identity, are extremely vulnerable and already disciminated against in our current systems. These states' legislators are making it worse. If these bills become law, it's very likely that suicide rates will skyrocket along with cases of depression, anxiety, and other heartbreaking mental health outcomes associated with denying someone their right to express their gender. That's because these bills, in their own individual ways, would make it illegal for medical professionals to provide medically necessary gender affirming healthcare to transgender kids and teens.

Gender affirming healthcare looks like many different things, and doesn't always involve medical intervention. It is also never applied flippantly or without careful consideration by those who it concerns -- aka a patient and their doctor. It can be as simple as medical professionals using a child's correct pronouns, regardless of the sex they were assigned at birth, or supporting a guardian in helping their child socially transition, through clothes and other forms of expression. Children who are exploring their gender-identity can also be put on puberty blockers, since puberty is often a source of great anxiety and fear for trans kids. This delays puberty and the changes that come with it, which are much harder to reverse than put on hold -- that way, trans kids have more time to consult with their doctors about next steps like hormone treatments. Taking estrogen or testosterone is only available starting around age 16. Every single one of these protocols is related to improved mental health outcomes for these children.

This is literally lifesaving healthcare they are trying to take away. There is no doubt what the research shows -- pressure from medical professionals for transgender folks to be cisgender is directly linked to suicide ideation and attempts. That's why this legislation is all the more confusing -- it masks its transphobic, discriminatory, hateful motivations behind feigned care for these children, the main concern being that kids will regret transitioning.

In fact, "de-transitioning" is often a result of medical professionals, friends, family, or others in a trans person's community not accepting their gender identity -- either through harassment, deadnaming, using incorrect pronouns, or other gender-based discrimination. The research actually shows that cases of choosing to stop hormone treatments for other reasons are rare, and in those cases there are fewer feelings of regret than there is an improved sense of understanding around individuals' gender identities.

Trans people are people, full stop. They deserve comprehensive medical care that recognizes their gender-identity. And last time we checked, medical care doesn't start once you're an adult. These bills stop doctors from doing their jobs and providing the best, evidence based care possible for their patients. Politicians need to stay in their lane and allow doctors to treat their patients as dictated by their oath to "do no harm."

Tell the lawmakers in the above states to stop hiding behind fake concern for children's wellbeing in order to push their closed-minded agenda. These protocols and interventions are for transgender youth and their doctors to discuss, consider, and possibly implement; their lives depend on being allowed that. Sign the petition today!