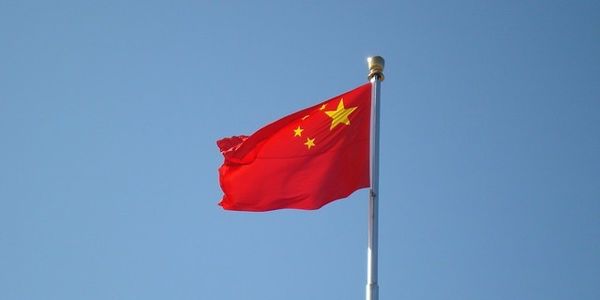 Human Rights activists have come down hard against Beijing for gross human rights violations in Tibet, Xinjiang and Hong Kong.

Speaking at an event titled "Rule is Law" or "Rule by Law" - Criminalization of Dissent in China, experts said that the Communist Party of China uses country's stringent laws, not to ensure justice but to maintain state power.


The event was organised by the International Service for Human Rights (I.S.H.R) and held during the 42nd session of Human Rights Council.

Speaking to ANI, Padma Dolmam, a member of the Tibet Advocacy Coalition, said that most of the Tibetans who are charged for advocating 'separatism' are, in truth, mostly advocating for their language, culture, and religion.

"In Tibet and Hong Kong, the Chinese government has started to use language of splitism, separatism, terrorism, and extremism, and criminalizing Tibetans for that. Being a separatists in China is one of the highest crimes under the constitution, but most of the Tibetans who are being charged for these crimes truly advocate for their language or want to save the Tibetan environment, and they want to practice Buddhism," she said.

The I.S.H.R called on the United Nations to address the issue. "The last time a UN expert went to Tibet was in 2005. It has been 14 years. We need access to Tibet and we need member states to talk publicly about the event."

Experts said that the Chinese government's human rights record is no longer an issue limited to its borders. The government has actively used laws and practices to detain and make foreign nationals disappear, restrict access to information overseas, embolden its law enforcement outside Chinese borders, and impede public participation, sustainable development and transparency in third countries where China has political and economic interests.

A worker makes a small incision in the back of the animal, then he methodically clears the skin. The skinning process takes about a minute, and during this time the employee actively keeps the animal alive because they believe it is easier to skin the animal when it is still warm and the blood runs in his veins. But here the nightmare does not end. The final stage of this unspeakable horror is to put the animal on top of the stack formed of his dying friends, where he dies slowly, unable to withstand the pain. In other cases, where the animal's fur is not needed (mostly cat), they are thrown into a bag and then cooked alive in a barrel of boiling water. (...) The text above is one of the many cruel processes in China that animals experience every day.


Here are some more examples of the cruelty faced by animals in China:

Dogs & Cats: are boiled, stabbed, drowned, bludgeoned, strangled, poisoned, hanged, and electrocuted...experiencing unbearable pain as their legs are routinely broken while trussed up and hung in local markets for human consumption, or skinned alive and cast off like garbage, for the despicable fur trade. Dogs (both owned and stray) are relentlessly hunted down by 'police authorized' roving mobs and savagely beaten to death by the hundreds of thousands, in the name of 'rabies' control.

Bears: suffer a lifetime of excruciating pain as they are surgically mutilated and milked each day for their gall bile. Their paws taken as delicacies for the Chinese restaurant trade or ground into powdered 'medicines'. The use of bear parts supplying the traditional Chinese medicine trade and exotic meat market is the major reason why bear species are declining around the world. Endangered species of bears are fast becoming extinct.

Rhinos:both Black & White, are butchered for their horns and are now highly endangered. Over 70-100 million sharks PER YEAR are 'finned' and their carcasses dumped into the sea, to accommodate Chinese' growing taste for shark fin soup. 20 million turtles are devoured in China EACH YEAR. Slaughtered alive & fully conscious; their heads are decapitated and crushed...even after a turtle's head is detached from its body, if not crushed properly, destroying the brain, it can survive up to ONE HOUR in agonizing torment. Two thirds of the world's turtles are now threatened with extinction.

Elephants:TONS of elephant tusks are carved into ivory trinkets - their feet hacked off for stools and coffee table legs. Animals are used as "dried" ingredients in traditional Chinese medicines and killed in the billions - tiger parts, crocodile bile, deer musk, sea horses, lizards, sea cucumbers, powdered antlers, dog penis, pangolin (scaly anteaters), only to name a few on a seemingly unending list. ALL are considered no more than 'products' to be abused and murdered in the most monstrous ways possible, even if it means permanently wiping many of these species from the face of the planet in order to fulfill often frivolous, antiquated and selfish needs.

Seals:China's role in the single, largest mass butchery of marine mammals on Earth, the annual Canadian seal slaughter, [which has taken over 1.25 million innocent lives in the last 3 years, alone, happens in part, so that dried seal penises can be turned into aphrodisiacs to "theoretically" increase the libidos of elderly men engaging in sex with Asian girls as young as 7 years old.

Zoo slaughter:Live domestic pets, as well as cows and chickens, are fed to lions and tigers for the "entertainment" of visitors at Chinese zoos. Zoo officials encourage guests to buy domestic animals on the premises, and feed them to the carnivores through special vending flaps fitted onto tourist buses...allowing individuals to throw chickens and other FULLY CONSCIOUS animals to the waiting predators.

Any Country should not trade with countries with low human rights and nonexistent animal welfare - instead Countries that Respect Human Rights and Animal Welfare should have to go total embargo.