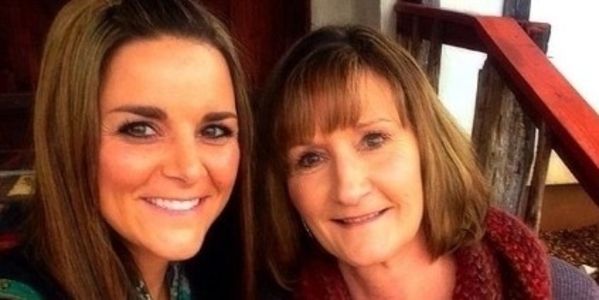 By now, this story has reached the entire world with outrage from people in many countries as well as the U.S.

We know of the horrific, and torturous death of orange and white tabby cat Tiger at the hands of DVM Kristen Lindsey. He was the pet of her neighbor who was watching him for his owners. He was trapped, his hind leg mangled and then shot at close range with an arrow through his head by Kristen Lindsey as he lay crying in pain unable to move.

He was next held up by the arrow while he was still alive as Lindsey's mother Becky Lindsey, gleefully took a photo which was then later posted on Facebook.  To find out later that Tiger was alive at the time, broke our hearts and we then all vowed to seek swift justice for this sweet cat and keep it's torturers and killers from ever doing it again.

Kristen was quoted as saying that this was her first bow kill and that the only good feral tomcat is one with an arrow through its head.
Becky Lindsey commented on this photo saying "She (Kristen) was practicing in the yard. We all saw it go down". Mrs. Lindsey was absolutely giddy.
Then not long after, she commented again saying "I took the picture."

This is perhaps, one of the most shocking and heinous acts of torture and murder of a docile domestic pet cat that this nation has ever seen.  We all know that there are many stories about animal abuse that make it to social media and while they're all appalling, this one is perhaps more difficult to grasp, due to the fact Kristen is a DVM and took an oath to help heal and protect all animals.

The grusome post on Kristens Facebook page, brought out the anger in tens of thousands of people (growing daily) and has resulted in several petitions to have Kristen Lindsey's medical license permanently revoked along with her prosecution for felony crimes.

Kristen has already been fired from her job at the animal clinic she worked at and has been denounced by her alma mater. She has also retained counsel.
We petition you now, to insist that Becky Lindsey be removed from her position as treasurer at Big Horn County in Basin, Wyoming for willingly and joyfully participating in this criminal act.

I am hoping that charges will also be brought against Kristen's parents Becky and Jack Lindsey for allowing this to happen and encouraging their daughter to abuse and kill a helpless animal. Who does this?

Someone with a blatant disregard for life, that can stand idly by assisting in the torturous grisly death of an innocent domestic animal while enjoying it so immensely, should not be allowed to continue representing your company and community.

The actions of this mother and daughter team are a criminal offense in all 50 states and a felony in most. This occurred in Texas.  A felony.
Becky Lindsey lacks empathy and any kind of basic human compassion. She was a willing excited participant in this crime and we ask for swift justice with her prosecution alongside her daughter and by removing her from your place of employment. Thank you.