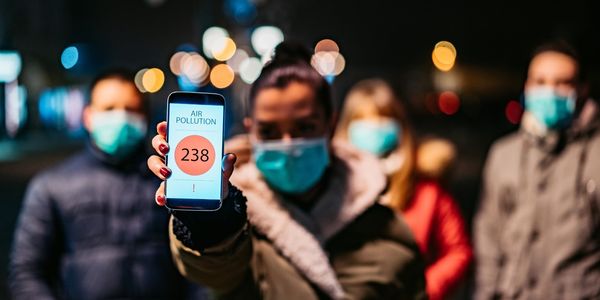 The Supreme Court Gutted the EPA's Power to Keep Our Air Clean. Congress Can Fix That.

The Supreme Court has delivered a laundry list of devastating blows to the American public in recent weeks. Of the regressive court rulings, one of those strips the Environmental Protection Agency (EPA) of its authority to regulate greenhouse gas emissions that come from power plants. The clock is ticking on global climate catastrophe, and removing an agency's ability to limit global warming -- one of the only current widespread federal measures to prevent the planet from becoming uninhabitable -- will have dire consequences. But Congress can act and save the EPA's regulatory powers!

The Clean Air Act, which has historically been a cornerstone of U.S. environmental policy, was for decades used by the EPA to keep power plants' emissions in check and protect society's right to breathable, clean air. But since disgraced ex-President Donald Trump was able to appoint three highly conservative judges to the most important court in the country, decades of environmental progress are now at risk.

While the Supreme Court attempts to send our society back to the stone age, it's important to remember that other powers of government – including the legislative branch – have the ability to codify EPA authority into law. This means that Congress can pass a law that gives the EPA the broad, overwhelming, and clear authority to regulate greenhouse gas emissions from power plants. And legislators have a moral obligation to do so: the future of the planet is at stake.

In fact, the latest data on climate change paints a damning picture of the future of our planet if global leaders don't act immediately. 14 of the largest 17 cities in the world are on coasts, and sea level rise continues to accelerate. In the United States alone, high flooding is now 300% to 900% more likely in some coastal communities than it was just 50 years ago. And that is to say nothing of record-breaking wildfires, mega-droughts, and other catastrophic impacts of a rapidly changing climate.

Clearly, the Supreme Court is not on the side of the people, the planet, or basic science. But this is what our democracy was built for – checks and balances are meant to be used if one branch of government overreaches, and it is overwhelmingly clear that the Supreme Court is doing just that. Congress must quickly act to give power back to the EPA to limit greenhouse gas emissions from power plants before it is too late. Sign the petition now if you agree!

Care2
The Supreme Court Gutted the EPA's Power to Keep Our Air Clean. Congress Can Fix That.
SHARETWEET