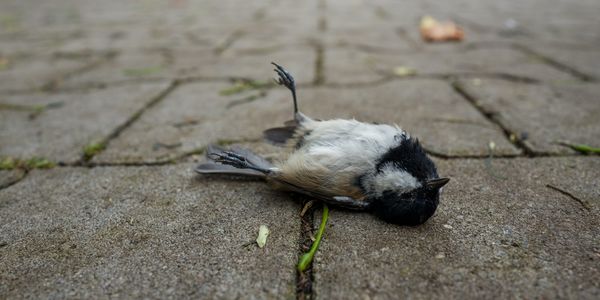 A New Casino Is Proposed for Chicago’s Lakefront. It Would Be Deadly for Thousands of Birds.

It is estimated that one billion birds die every year from flying into buildings. You read that right – one billion annually. However, a recent study found that many of these deaths could be avoided by turning off the bright lights in buildings, which lure birds in and possibly to their demise. Despite this promising news, a proposed casino in Chicago poses massive threats to migratory bird species. In fact, the casino might even be built on the very location where this bird life-or-death study was conducted.

Sign now to demand that Maurice Cox protect birds by not allowing this casino to be built at McCormick Place Lakefront Center!

Although Chicago is a common migratory bird destination, the city has a complicated relationship with bird migration, and some of its buildings are well known to be bird killers. McCormick Place – where the casino might be built – is one of the deadliest buildings for birds in the entire country.

Each spring, hundreds of birds migrate from the south to the north, stopping in the Windy City along the way. Up to 200 of those birds die every single night by crashing into McCormick Place's windows, which are brightly lit, attracting many birds to them. That's the equivalent of 72,000 dead birds per year from one building alone. If Cox allows a bright casino at the McCormick Place Lakefront Center, it would create an even worse bloodbath on the lakefront. It's important to note that casinos leave their blaring lights on even later than regular buildings, meaning more deaths to our beloved migratory birds.

Why would local officials knowingly put a casino in a spot that will be so devastating to wildlife? There are other options with locations that would be less detrimental to birds! Conservation advocates have been documenting the harm done by McCormick Place for decades -- there is no excuse for these officials not to act accordingly.

The McCormick Place Lakefront Center is already responsible for the deaths of thousands of birds each year. If the facility becomes bigger, brighter, and open later, we know that more and more migratory birds will die.

We must put pressure on the Commissioner of the Chicago Department of Planning and Development, to reject the proposal to put a casino in this location. If Chicago cares about the health and safety of birds, it must show it now! Sign the petition now if you agree!
Sign Petition
SHAREShare With FriendsTWEETEMAILEMBED
Sign Petition
See more petitions:
You have JavaScript disabled. Without it, our site might not function properly.

Care2
A New Casino Is Proposed for Chicago’s Lakefront. It Would Be Deadly for Thousands of Birds.
SHARETWEET