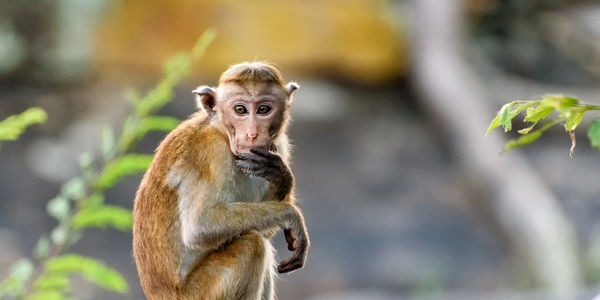 At This Lab, They Forced Monkeys to Dangle from Metal Tongs and Shoved Metal Pipes Down Dogs Throats

The Laboratory of Pharmacology and Toxicology (LPT) is one of Germany's largest private laboratories. The firm, which employs nearly 200 people, has been thrown in the spotlight for a very dark reason.

LPT's main focus is toxicity testing. These tests involve exposing animals to potentially dangerous chemicals or drugs at increasingly higher amounts in order to determine the safe dosage for humans. Toxicity testing on animals in abhorrent in and of itself, but what this lab does to their animals beyond that testing is so horrific it would make Hannibal Lecter cry.

Undercover video taken by animal welfare activists reveals that the employees at the lab not only poisoned their animals for toxicity tests but abused them as well. Workers reportedly force fed capsules to beagles by shoving metal pipes down their throats. The harsh treatment left many of the dogs bleeding. Undercover footage shows many of the dogs in blood stained pens and wallowing in their own feces.

Cats were given chemical injections up to 13 times a day by people who had no training to do so.

But worst of all was the treatment reserved for macaque monkeys. Now released video shows lab workers grabbing the monkeys by the neck with metal clasps. The animals dangle by their collars as the workers try to lock them into another metal clasp on a fixed pedestal. Once connected, they are forced to stand for hours at a time while they endure whatever God awful experiments the lab has been contracted to do.

The images are shocking and show treatment that breaches EU animal welfare laws.

Now that LPT has been exposed for what it really is - a torture chamber for helpless animals - whistleblowers from the lab have come forward with even more distressing news. They say that many of the tests performed on the animals are actually scientifically useless because the lab falsified their results.

That means these animals were not just tortured but they were tortured for absolutely no reason. There are new, non-animal testing methods that are just as accurate. Any company wishing to introduce new chemicals or drugs to the market now a days should be using these methodologies, not antiquated ones that abuse and kill animals.

LPT should be shut down for breaking animal welfare laws, falsifying lab tests and killing innocent animals,and management should be held accountable.

Sign the petition and demand that the the German government cancel LPT's license and charge them with fraud and animal cruelty.

Care2
At This Lab, They Forced Monkeys to Dangle from Metal Tongs and Shoved Metal Pipes Down Dogs Throats
SHARETWEET