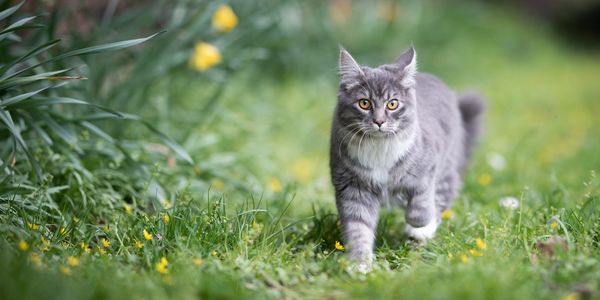 He drowned his neighbor’s cat, admitted to it, and showed no remorse

Outdoor cats are uniquely lucky pets -- they get all the love, care, and attention that comes from having a family of humans, while being able to enjoy all the adventure, stimulation, and use of their natural instincts that the outside world provides. But Ruby, an outdoor cat living with her human, Shirley, in the tiny English town of Abder, did not end up being so lucky.

Ruby was captured and drowned by one of Shirley's neighbors -- all just because she was acting like a cat, digging around the dirt on his property.

Sign the petition and tell the RSPCA to take firm action against Richard Giles and ask that he receive a lifetime ban from owning or keeping animals!

Sweet Ruby was a rescue kitty and Shirley's sole companion since she moved to Abder back in 2019. Richard Giles, who lived on a nearby property, was friendly with Shirley -- that is, until she mentioned to him that she was getting a cat. Giles' demeanor completely changed. Even though Ruby was not yet in the picture, he was dead set on hating her, implying that Shirley shouldn't get a cat because of his own personal feelings towards them.

One Saturday, the sweet kitty failed to return home like she always had before. Shirley was sick with worry and searched for two full days around her property and its surrounding fields. She saw Giles the following Monday and asked if he had seen Ruby that weekend. Shirley was desperate for information that would tell her that Ruby was okay, but instead Giles responded with: "You won't find her. She's gone. I've killed her."

Giles found Ruby digging in his garden beds, and instead of taking her home and speaking to Shirley, he grabbed the defenseless cat and drowned her in one of his rainwater storage tanks.

Not only did Giles kill Ruby in such a violent way -- he openly admitted to it and stood by his decision. He showed no remorse and never apologized to Shirley, who lost her only companion to his selfish cruelty.

Giles claims that he killed Ruby because she was ruining his hobby vegetable garden. But there are other ways to solve that specific problem that don't involve such immense animal cruelty and suffering. Losing a few carrots and leeks do not give anyone the right to take an innocent animal's life.

Sign the petition asking prosecutors with the RSPCA to ask that Richard Giles be punished with a lifetime ban from having any animals in his possession!

Care2
He drowned his neighbor’s cat, admitted to it, and showed no remorse
SHARETWEET