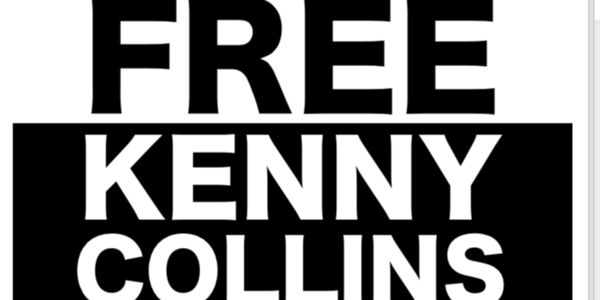 On your desk you have a Petition of Writ of Habeas Corpus laying forth a detailed set of arguments in favor of a new trial for Kenneth Collins, an innocent man who has been imprisoned by the State of Maryland since 1987, including 17 years on death row.  We, the undersigned, urge you to make a ruling on this petition now.

This Habeas petition, which has been on your desk for many years, lays out in detail the many problems with Kenny's trial and makes clear that a new trial is imperative so that a jury can finally hear the evidence of Kenny's innocence.

For instance, the judge in Kenny's trial told the jury that they did not have to judge the evidence based on the constitutional standard of "beyond a reasonable doubt," but rather they could be merely "reasonably certain."  This is an outrage.

Kenny's lawyer was incredibly negligent, incompetent, or both, and never called a single witness or produced a single piece of evidence on Kenny's behalf.

Kenny was convicted solely on the testimony of three "witnesses", all of whom had deals to drop drug charges in exchange for their testimony against Kenny.  The jury never heard about any of these deals or the testimony of people who cast doubt on these "witness's" stories.  One of the witnesses was tied to the case by physical evidence, whereas no physical evidence or impartial witness ever tied Kenny to the case.

Kenny is a caring and gentle person who is loved by his friends, family, and supporters all over the country.  It's time to finally give Kenny a chance for justice.