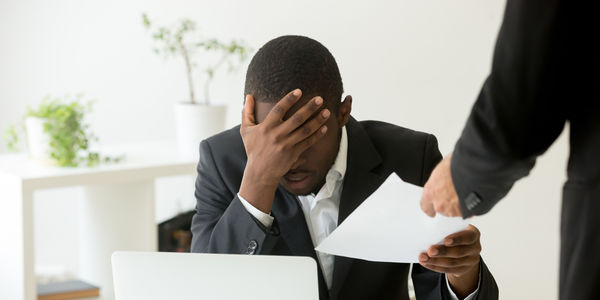 Yes, You Can Be Fired for Being LGBTQ in These 25 States

After a nosey member of the community found out Shelly Fitzgerald was married and informed her employer, she was called into the office. Not because they wanted to congratulate her on her previously unknown marriage, but to fire her — all because she was married to a woman.

For 15 years, Shelly has worked as a guidance counselor at Roncalli High School (RHS), a Catholic High School in Indiana. But when they found out she was married to a woman, they were not pleased. They gave her a choice: she could either dissolve her marriage or resign from her job.

The school says they have every right to force Shelly to choose since all employees know that they are expected to support the teachings of the Catholic church both in and out of school. That includes the belief that marriage is "between a man and a woman."

The fact that Shelly was in a same-sex marriage did not affect her job performance in any way. Nor did it affect the performance of Jocelyn Morffi of Florida who lost her job as a first-grade teacher after her school learned that she had married a woman; or Aimee Stephens of Michigan who, when she informed her employer that she was a trans woman, was given the boot.

In 2019, companies and organizations still, have the right to discriminate against you for who you love or who are. The above stories aren't one-off occurrences. In fact, according to studies from the Williams Institute on Sexual Orientation Law and Public Policy, up to 43% of LGBTQ people have experienced workplace discrimination and harassment. For trans men and women, the number is even more staggering at 90%.

And it's not just in the workplace. Members of the LGBTQ community face discrimination in education, housing, credit, and public accommodations, just to name a few.

Earlier this year the House introduced the Equality Act which would amend the Civil Rights Act of 1964 to include members of the LGBTQ community. This means queer and trans folks would be protected not just in the workplace — but in life, generally. Recognizing LGBTQ individuals' inherent rights in this way would be a major, although belated, milestone.

While there's lots of congressional support for the bill, it has already has hit a roadblock. West Virginia Senator Joe Manchin has already suggested he would vote against it when the bill made it to the Senate. Thus, until this federal paralysis is broken, it currently falls to the individual states to pass legislation that bars this type of behavior.

States like California and New York, along with 20 other states and the District of Columbia, lead the way in anti-discrimination protections. Another three states have legislation that bans descrimination based on either gender identity or sexual orientation. Meanwhile 25 states, including Florida and Georgia, lack these laws in their entirety.

This is unacceptable. While the federal government twiddles its thumbs, the states need to step up. Please show your support for anti-discrimination legislation that protects members of the LGBTQ community in every state. Sign the petition, and if your state is one of the 25 named below, contact your representative and tell them you want action now:

Care2
Yes, You Can Be Fired for Being LGBTQ in These 25 States
SHARETWEET