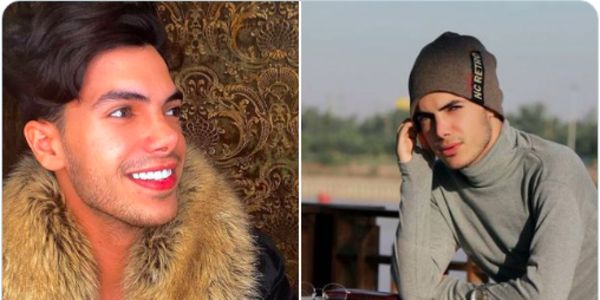 Ali Fazeli Monfared, or Alireza as his friends called him, was a 20-year-old gay man living in Iran. He had applied for exemption from compulsory military service because he was gay -- the law there considers homosexuality a mental illness. His plan was to leave the country to move to Turkey. Instead, his family found out about his sexual orientation. Several of his male family members then captured him and beheaded him for the "crime" or being gay. This kind of murder is known as an "honor killing."

This tragic loss highlights the problems with the military exemption and the lack of any real human rights protections for LGBTQIA people in Iran. Sign the petition to demand Ali's killers are charged and tried for his murder!

Ali had been in touch with LGBTQIA activists for years, planning a way to escape the country where his very existence is criminalized. When he received his military exemption card, one of his male family members found it. This is what led that family member, along with a few others, to kidnap Ali and take him to a rural village to behead him. The alleged killers then called his mom and told her where to find her only child's dead body, at the foot of a palm tree. His mom is so upset that she has been hospitalized.

Ali's male family members did this because they consider homosexuality to be a mark against the family's honor. This kind of hateful belief is codified into Iranian law, which considers homosexuality a mental illness. Their penal code also explicitly criminalizes homosexual acts, inluding sodomy, with the potential for the death penalty as punishment. Given that legal reality and the protections in place for people who enact violence against the LGBTQIA community, it is critical that people are able to keep their identity a secret if they wish, for their own safety.

The military exemption makes this impossible. Military service is compulsory, which means that getting this exemption can prove already suspicious family members correct about someone's sexual identity. But regardless of how his family found out, Ali never should have been brutally murdered and his killers must be put on trial. Sign the petition to demand Iranian officials find and charge the people who killed Ali!