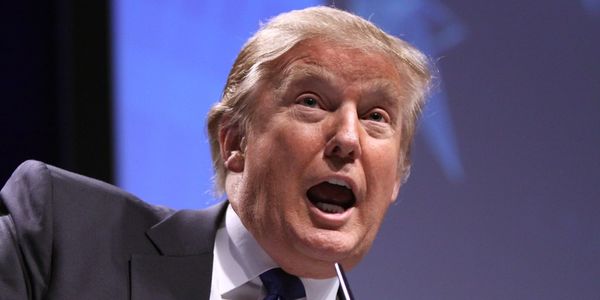 Trump is pushing an untested vaccine for political gain; demand the FDA not bend to his will!

This pandemic has proven that Trump doesn't care about our lives. With over 215,000 lives lost and counting, the United States has the highest COVID-related death rate of any other economically comparable country.

But who would've thought that the cure for this pandemic — a vital vaccine run through rigorous multiple trials — would also illuminate the current president's absolute disrespect for human life. In an attempt to win political clout and create his nightmarish "continuation" of power, Trump is now offering the American people a promise that he can't keep, and that medical scientists say would actually be deadly: a vaccine before the election.

Sign the petition if you want the Food and Drug Association (FDA) to hold strong and not bend to Trump's tantrums, and not release a vaccine until it is exhaustively and completely tested for safety and efficacy!

In the beginning of the pandemic, Trump boasted that his administration was "prepared, and we're doing a great job with it. And it will go away." The next day, Dr. Anthony Fauci gave a very different statement: "Bottom line, it's going to get worse."

In a cowardly attempt to protect his own reputation, Trump downplayed the disease's devastating effects on innocent people and has continued to do so for 7 months. He has taken the occasional break from spreading dangerous lies only to spew vitriol at doctors like Dr. Fauci and countless others who are working day and night to keep people safe, informed, and eventually have a safe and effective vaccine ready for the public.

For a vaccine to be viable, it really must be both — safe AND effective. Trump's statements that a vaccine will be ready "right around" election time, maybe even before, immediately disqualify whatever vaccine he is talking about as safe. To be deemed safe, a vaccine must be put through one stage of laboratory testing and then three phases of clinical testing in people. That makes the realistic timeline for a vaccine that works and doesn't hurt people more like spring of 2021.

Trump's approval rating is on the floor and it's looking more and more like the American people will oust him. His solution? Inject us with an unproven, unsafe mystery vaccine and hope that we survive long enough to thank him with a vote. Well, we're not standing for it. We trust doctors and scientists, not reality television stars turned dictators.

Sign the petition and demand that the FDA, who will have to approve of any vaccine that is given to the public, not listen to Trump's demands to abandon science and safety. This vaccine must be on scientists timelines, not on Trump's!

Care2
Trump is pushing an untested vaccine for political gain; demand the FDA not bend to his will!
SHARETWEET