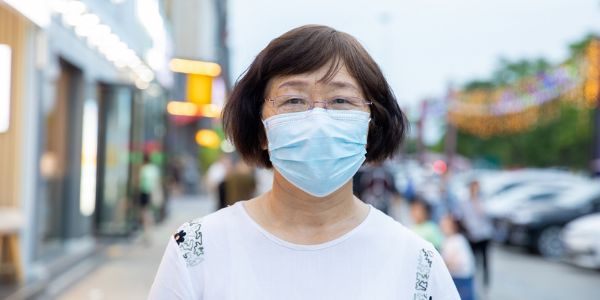 Hate crimes against Asian Americans & Pacific Islanders (AAPI) are, sadly, not a new phenomenon. What is new is the recent and drastic spike in how many of these crimes are happening and how severe they've become since the beginning of the COVID-19 pandemic. People in AAPI communities are experiencing verbal and digital harassment, they are getting physically attacked in the streets, and they are being openly discriminated against at jobs and in social settings. And yet, you wouldn't really know it if you only watch one of the Big 3 cable network news stations in the U.S.

That's why we are asking that MSNBC, CNN and Fox News more comprehensively and responsibly cover this massive uptick in hate crimes against Asian Americans & Pacific Islanders.

A report by the group Stop AAPI Hate revealed that there were over 3,800 hate crimes committed against AAPI people from March 2020 to the end of February 2021 in the United States. The report also showed that these crimes are happening twice as often towards women and happening primarily on public streets or inside businesses. That means that people are just going about their business, living their lives and they are getting attacked and harassed. Many of the stories that do make the news are heinous: elderly people being attacked and beaten on the street, mass shootings of women and more!

It's no wonder this specific type of racist violence has grown this year. Donald Trump spent the entire year trying to slander all Asian people by insisting on calling COVID-19 the "Chinese flu" or the "Asian flu." His followers and even people who don't care about Trump have only gotten bolder in their discrimination and verbal and physical violence against AAPI. The situation has gotten so bad, the United Nations even made a statement about their concern regarding the rise of this specific type of hate crime in the U.S.

So why then does cable news not talk about this all that often? Occasionally they may cover particularly egregious cases like the mass shooting of Asian women who worked at massage parlors in Georgia or sometimes an attack against an elder. But this heinous cruelty is happening at an alarming rate that encompasses many more incidents, and it deserves more attention and more public denouncement!

Most cable news tends to pick and choose which hate crimes they will cover based on who perpetrated the violence. So it's not uncommon for the far right-wing outlet Fox news to only show incidents in which a member of another racial minority is the one commiting the hate crime and it's not uncommon to see the left-wing outlet MSNBC only covering incidents where a white person has committed the crime. But the actual important part is that the crimes are happening against AAPI people on a regular basis and the news media shouldn't allow their biases to ignore crimes.

Sign the petition if you want to see better coverage of crimes against AAPI on the Big 3 cable network news stations.

Unfortunately, prosecution is also often based on the race of the perpetrator; we see a clear pattern of Black, Indigenous and People of Color getting heavier sentences for the same crimes as white people. When prosecuting hate crimes, the consideration should be for the crime, not for the race of the person who committed it!