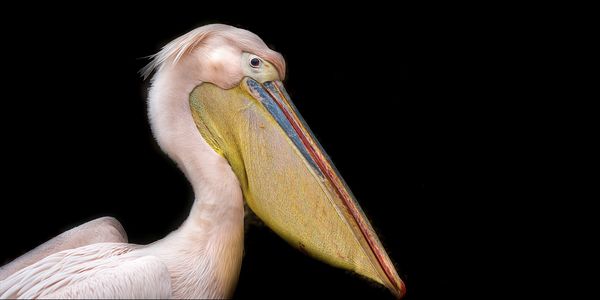 Someone is slashing the delicate pouches of pelicans open and leaving them to die!

A bird rescue in Southern California has its hands full. Every few months since September 2019, a new pelican is rushed through their doors. Each pelican has the same heinous injuries -- long, deep slashes on either side of its pouch, or 'gular.'

Worse still, rescuers believe the cuts are too clean, straight, and deep to be the work of anything other than a malicious, cruel human.

Sign the petition asking the California Department of Fish and Wildlife to spare no effort searching for the abuser or abusers responsible!

The pelicans' injuries are horrific. The slices on either side of their pouches travel the entire length of their neck, from the corner of their beak to where their windpipe connects to their body. Depending on the size of the bird, these cuts can be almost a foot long. The precise nature of the excruciating gashes means they simply couldn't have been an accident. Pelicans are often injured when they are hunting for fish, diving from great heights and accidentally colliding with a boat propeller or snagging a fishing hook. One director of the rescue said "even if you plunge-dove on a straight-up machete, it wouldn't cause this kind of damage."

If trauma, pain, and risk of infection were not enough, the placement of these slashes ultimately dooms the birds to starve if they are not rescued -- since pelicans hunt by capturing fish in their pouches and then immediately swallowing them, a hole in their pouch means their prey slides right back out. Back in 2013, a similar slew of maimed pelicans turned up in the Florida Keys -- one boat captain described seeing a sliced pelican try unsuccessfully to eat a fish, swallowing it 8 times just for it to fall back out again. The poor animal was brought to a vet for surgery, who said of the apparent attack, "I firmly believe it to be malicious."

While pelicans were removed from the federal endangered species list in 2009 due to population improvement, it is still completely illegal to hurt or hunt them according to both California and federal law. But many fishing companies see them as nuisances since they compete for the same fish. Driven by instinct, they sometimes land on fishing boats that are filled with the birds' natural prey, especially since overfishing and habitat loss have depleted the pelicans' food sources. To horrifically disfigure one of these animals just because they are doing what they can to survive is shameful.

Whoever is maiming pelicans in California must be found and stopped. Who knows how many more birds they have done this to who have died before they could be discovered and rescued?

Sign the petition urging the California Department of Fish and Wildlife to do everything in their power to find the perpetrators of this violence against pelicans!

Care2
Someone is slashing the delicate pouches of pelicans open and leaving them to die!
SHARETWEET