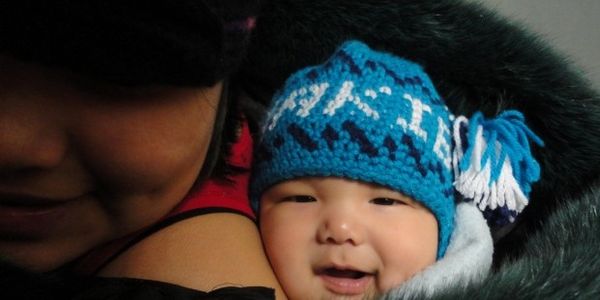 Justice for baby Makibi Akesuk and the courageous nurses who tried to save him.

April 5, 2012 little 3 month old Makibi was found dead by his mother. Approximately 7 hours earlier Makibi's mom had called the health clinic seeking help and spoke to Debbie McKeown, RN. McKeown refused to see the infant. Autopsy revealed Makibi died from a treatable viral lung infection. This how & why this baby died.  McKeown was finally found guilty of worse practice conduct. But not before:

1. Peter Ma failed to live up to the expectations of the responsibilities that dictate his job as Deputy Minister of Health , Government of Nunavut.
Mr. Ma failed to act on the red flags of reported incompetent behaviour of Debbie McKeown.  Mr. Ma assisted & participated in GN's condoning, protection & cover-up of reported incompetent unsafe nursing practice by Debbie McKeown & other nurses.  Mr. Ma bears responsiblity for the health care for all Nunavummiuts.  Mr Ma failed in this role.  Debra McKeown RN was reported to both the GN & the Registered Nurses Association of NWT/NU (RNANT/NU) for numerous infractions of nursing standards & ethics.  She was found guilty & her license suspended.  McKeown continues as a GN employee on unpaid leave.

2. Roy Inglangasuk, Regional Director of Health, Baffin Region failed to fullfil his responsibility to all Nunavummiuts when he actively participated in the protection & cover-up of grossly incompetent nursing behaviour.  Mr. Inglangasuk left all Nunavummiuts exposed, at risk & in harms way by contributing to vexatious lies about nurses who tried to warn the GN of incompetent lethal nursing practices.   Mr.Inglangasuk bears responsiblity for countless stories of unnecessary pain & suffering by protecting, condoning & covering-up the immoral acts of an incompetent nurse, Debbie McKeown & others at the Cape Dorset Health Centre.

3. Heather Hackney RN, Director of Health Programs, Baffin Region failed to implement her responsibilities as director of nursing, but also breached the standards & code of ethics that determine her license when she failed to report the gross acts of worse practice conduct of Debra McKeown & other nurses to the RNANT/NU. Access to ATIPP revealed emails & documents proving Ms Hackney actively conspired with other GN senior management to cover-up & condone worse practice conduct while severly punishing those who reported this conduct to her office.  Ms Hackney knowingly & with callous disregard put all those in the Baffin Region at great risk & peril.  Ms. Hackney was demoted but continues to be employed by the GN.

Lennie Sapach RN, Supervisor of Health Programs in Cape Dorset actively participated in the assault against nurses reporting McKeown.  Emails obtained through ATIPP reveal Ms Sapach's active participation in the protection & cover-up of Debbie McKeown's gross worse practice conduct.  It is demanded of all nurses to report worse practice conduct to the RNANT/NU.  Ms Sapach failed to fullfil the standards & ethics by which she is licensed to practice nursing in Nunavut.

Care2
Justice for baby Makibi Akesuk and the courageous nurses who tried to save him.
SHARETWEET