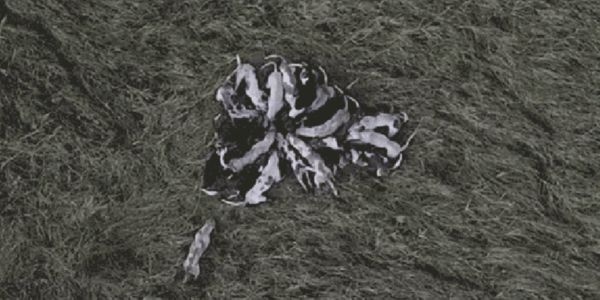 These Disgusting "Hunters" Let Their Hounds Rip a Live Fox to Shreds and It Was All Caught on Video.

For animal lovers, the idea of killing a fox, or any other animal for that matter, is revolting. Unfortunately, in many countries, including the United Kingdom, it is permitted under certain circumstances. For example, a nuisance fox may be killed, but only under strict guidelines. The law states that no fox can be killed using a pack of dogs. But that is exactly what happened in a small village in East Sussex recently, and the result was horrifying.

A recent video - shot from a drone - shows a group of hunters setting out on horseback with their pack of dogs in search of a fox. Taken out of context, the image is quite bucolic; uniformed men with their dogs traveling through a lush green field. It's the perfect picture of the English countryside. But once you realize what is taking place, the picture is anything but beautiful. As the drone follows the hunt from above, the dogs begin to converge on a fox that is frantically running for its life.

The dozen or so dogs surround the fox,  pounce upon it and begin tearing it to shreds. When animal activists finally got close enough to take a better look, they saw the aftermath of what could have only been a horrific death.

The fox's head had been torn from its body, and the rest of its cadaver had thoroughly been chewed to shreds.

Traditional fox hunting — hunting foxes with hounds — has been banned for nearly 15 years in the majority of the UK. The practice was outlawed in Scotland in 2002, and two years later Wales and England followed suit. Now, the only legal hold out for this heinous sport is in Northern Ireland, but that doesn't mean hunts don't continue in the rest of the country.

Hunting parties all around the UK gather in secret with their hounds to let terror loose on their local fox population. Once the hounds get the scent of their prey, it is likely a matter of time before the hunted ends up in the jowls of trained dogs.

If fox hunting with hounds is outlawed then there is no excuse for this hunt and this gross display of cruelty. Those responsible must be caught and prosecuted.

Sign the petition and ask the East Sussex Police and the Department for Environment, Food and Rural Affairs to make this case a priority and bring these poachers to justice.
Sign Petition
SHAREShare this petition with friends!TWEETEMAILEMBED
Sign Petition
See more petitions:
You have JavaScript disabled. Without it, our site might not function properly.

Care2
These Disgusting "Hunters" Let Their Hounds Rip a Live Fox to Shreds and It Was All Caught on Video.
SHARETWEET