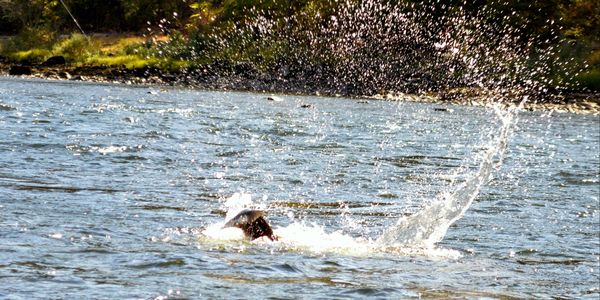 From July 1 to October 15 every year, catch and release anglers from around the world visit Idaho's Clearwater River to fish for its world renown steelhead, including genetically unique B-run fish that are the largest summer steelhead in the lower 48.

Over the past several seasons, Idaho Fish & Game conducted a survey of local anglers in regard to their interest in fall chinook angling. This survey was severely flawed in its methodology, it did not provide sufficient background information to allow the anglers to make informed decisions in regards to how the proposed fall chinook season would effect the catch and release steelhead season or the additional impacts that would happen to an already imperiled steelhead population. It was also biased in the locations chosen for conducting the survey, ignoring anglers who were on foot and not utilizing large boat ramps.

Additionally, zero information has been provided to the angling public about the lack of value of retaining a fall chinook for consumption. By the time the fish reach the mainstem Clearwater River from mid-September to mid-October, their flesh is quickly deteriorating, and the fish are moving quickly onto spawning redds. Not only is the meat of poor quality, a season opens the door to snagging the fish off of their redds, further complicating enforcement for IDFG conservation officers.

A currently proposed fall chinook catch & keep season will destroy the integrity of the catch & release steelhead season by:

-Increasing impacts on already critically threatened Idaho steelhead.
-2017-2018 seasons were two of the worst on record, 2019 forecasts are substantially worse than the previous two.

-Destroying the quiet angling experience of the catch & release season that the river's anglers value so highly by increasing the amount of large jet boat traffic and associated noise pollution.

This change in angling atmosphere threatens to steer out-of-state anglers who travel specifically to the Clearwater for the catch & release season, and their related economic benefits, to other rivers and regions – outside of Idaho.

IDFG fails to fully understand the economic value the catch and release season brings to the Clearwater region. The opportunity cost of opening a fall chinook season will be a considerable economic loss to the area as anglers will discontinue travelling to fish the famed C&R season – fall chinook, which are not of interest to anglers outside the immediate area, will not make up for this loss.

I strongly urge Idaho Fish & Game to maintain the integrity of the fall catch & release only season on the Clearwater River and not open a fall chinook retention season.