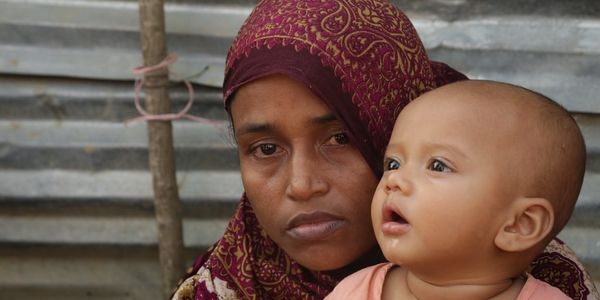 Dozens of refugees fleeing a genocide are stranded at sea and no one will help them!

90 Muslim Rohingya refugees left Bangladesh on February 11, 2021 desperate to cross the Andaman sea to safety -- they have been horrifically persecuted by their home country of Myanmar, and have found little solace in the limbo of refugee settlements in southern Bangladesh.

But in the middle of the Andaman Sea, their engines failed, and they have been stranded for weeks without food, water, or medical care. 8 people have died, and one has gone missing. And although the Indian coast guard have located the boat, they refuse to shelter them, instead opting to leave them on their boat and send the sick, terrified people back to Bangladesh.

Sign the petition demanding that India take in the surviving refugees, which include 13 children, at once!

The Rohingya people are an ethnic minority in Myanmar -- they are Muslim, while the predominant religion in the country is Buddhism. For this reason, they have been denied citizenship, treated as illegal immigrants, and since 2016 have been systematically murdered, detained, or forced to flee from military-controlled Myanmar. It is genocide, plain and simple.

But in Bangladesh, conditions for these refugees are hardly an improvement. Over one million live in overcrowded, unsanitary, dangerous refugee camps where access to food, clean water, safe shelter, education, and other basic human rights are very limited. It's estimated that at least 25% of children in these camps are malnourished. The Bangladeshi government allows no pathway for these refugees to become citizens, to work, to live full, happy, safe lives. It is no wonder that these 90 refugees were desperate enough to risk the perilous journey across Andaman Sea in hopes of a better life -- or a life at all.

After desperate calls from the UN to locate and save the surviving 81 Rohingya refugees aboard the broken-down ship, the Indian coast guard sent two ships to find them. But instead of taking these refugees to safety, India has said that they will leave them on the boat, fix their engine, and send them back to Bangladesh from whence they fled.

This is a death sentence. Leaving them out at sea puts their lives in danger, as does sending them back to the terrible conditions in Bangladesh. India is already home to hundreds of thousands of refugees including Rohingya people -- it is their humanitarian responsibility to take in these 81 more!

Sign the petition demanding that India save the lives of these refugees!

Care2
Dozens of refugees fleeing a genocide are stranded at sea and no one will help them!
SHARETWEET