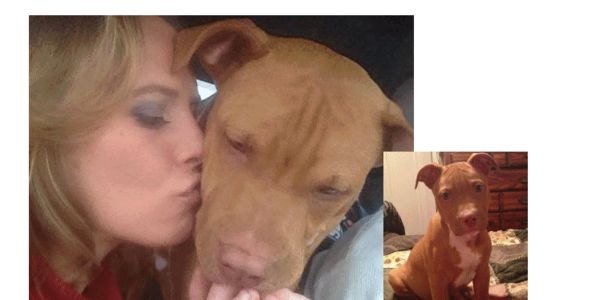 We the People of the United States come to you demanding that you immediately terminate without delay Officer Sabo from the Wyandotte Michigan Police Department. On October 5th, 2014, Officer Sabo intercepted a call sent out to Animal Control on a loose dog report. Officer Sabo arrived on scene, parked his car at the end of an alley where the dog was seen. Many witnesses claimed that the officer had gotten out of his police car and began calling to a dog known as Buster. Buster belonged to the Brooke Yurkunas-Mccuiston family. Another patrol car was parked at the opposite end of the alley as if to block Buster in the alleyway. As Officer Sabo stood outside his car he called and whistled to Buster to come to him. Obeying the officer's command, Buster started for Sabo.

Officer Sabo then drew his gun and shot Buster. Buster, then scared and injured, quickly retreated in the opposite direction as the officer moved towards him...shooting him a second and fatal shot. Buster was a one year old puppy and never showed aggression. Officer Sabo was never in any danger and no bites or scratches were inflicted upon the officer or anyone. Buster never made it to the man in uniform that had commanded him to come. He had no chance and even though he retreated after the first shot, Officer Sabo's intentions were clearly to kill the dog. Buster laid there and died all alone. Neighbors witnessed this unnecessary shooting and have made statements to the family. Buster's Mom, Brooke went to claim his body as it lay there in the alley a short distance from his home. Officer Sabo ordered Brooke to move away from the dog. When asked why she could not take her baby home, she was told Animal Control was on the way and they would be taking the body.

Since there were no bites reported, Buster's family had every right to claim his body in the event they wanted to have a necropsy done. The family was repeatedly refused to be returned Buster's body. This, like so many cases across the country, has gotten our attention and we are closely monitoring this situation as it unfolds. We the People demand that Officer Sabo be charged with "Criminal Animal Cruelty" which carries a felony charge and that he be forbidden to be employed in law enforcement due to his negligence and gross misjudgment of action as a public servant. We the People expect that Buster's body be immediately returned to his family for memorial reasons. We the People also believe that Officer Sabo should also issue a public apology to the grieving family for the unjust death of their family pet. For Officer Sabo to get less then what we are asking would be an injustice.